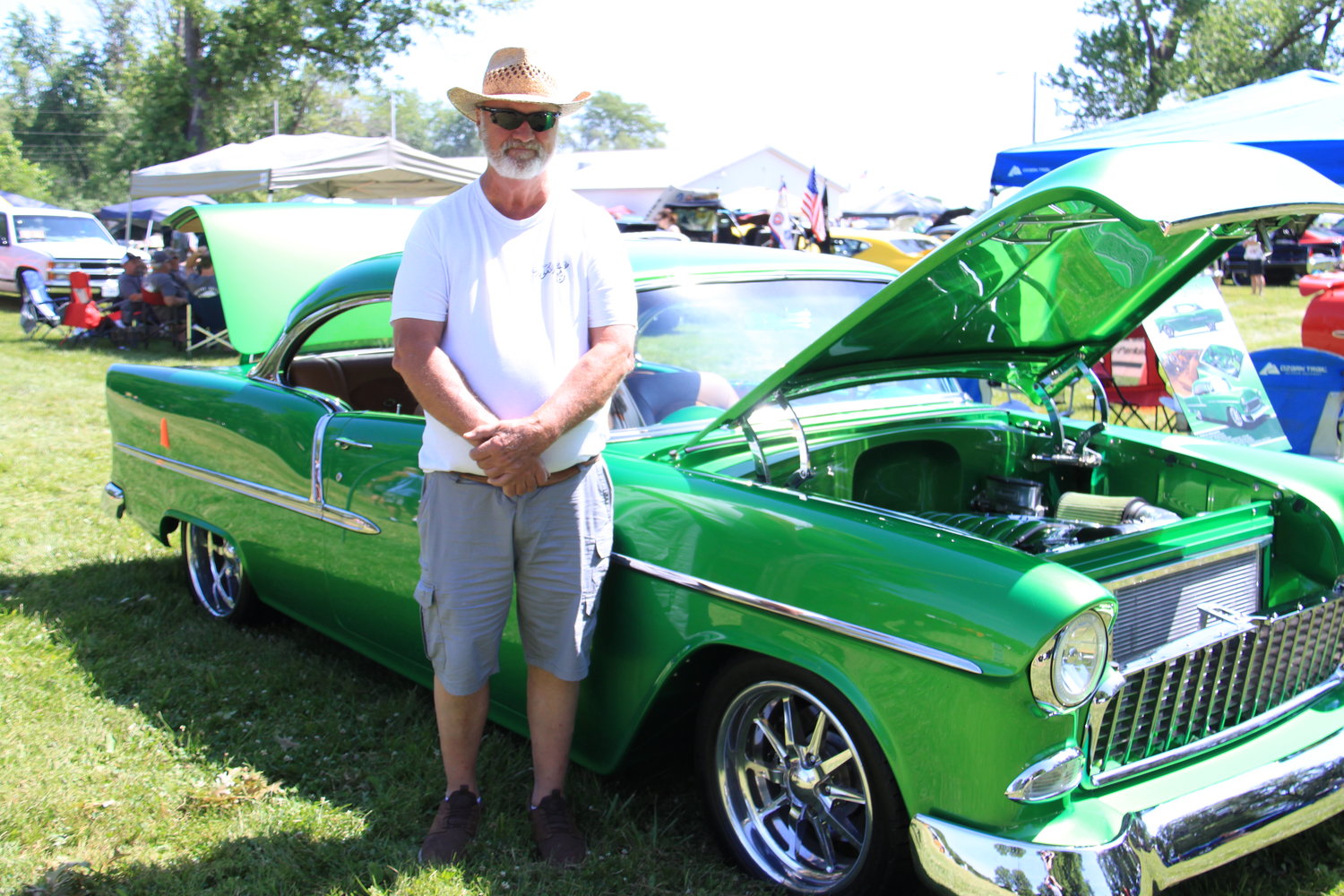 Ron Welch stands proudly with a car that had plenty left green with envy at Saturday's Graf & Sons Car Show at the Mexico Elks Lodge. [Photo by Alan Dale] 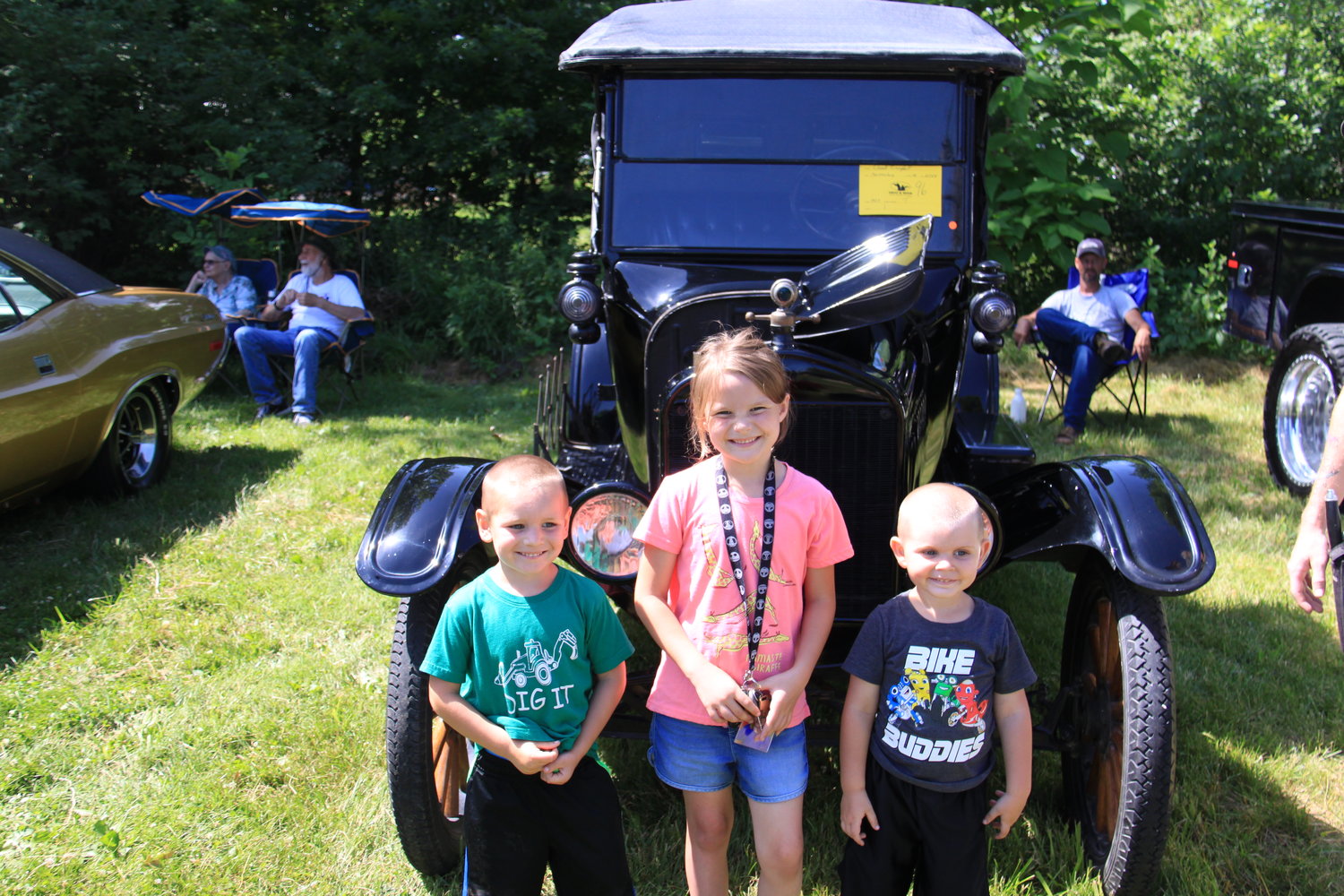 The 1923 Model T may be old, but the new - siblings Colton, Liezel and Aaron Lisenbee appreciated a vehicle almost a century their senior. (Photo by Alan Dale) 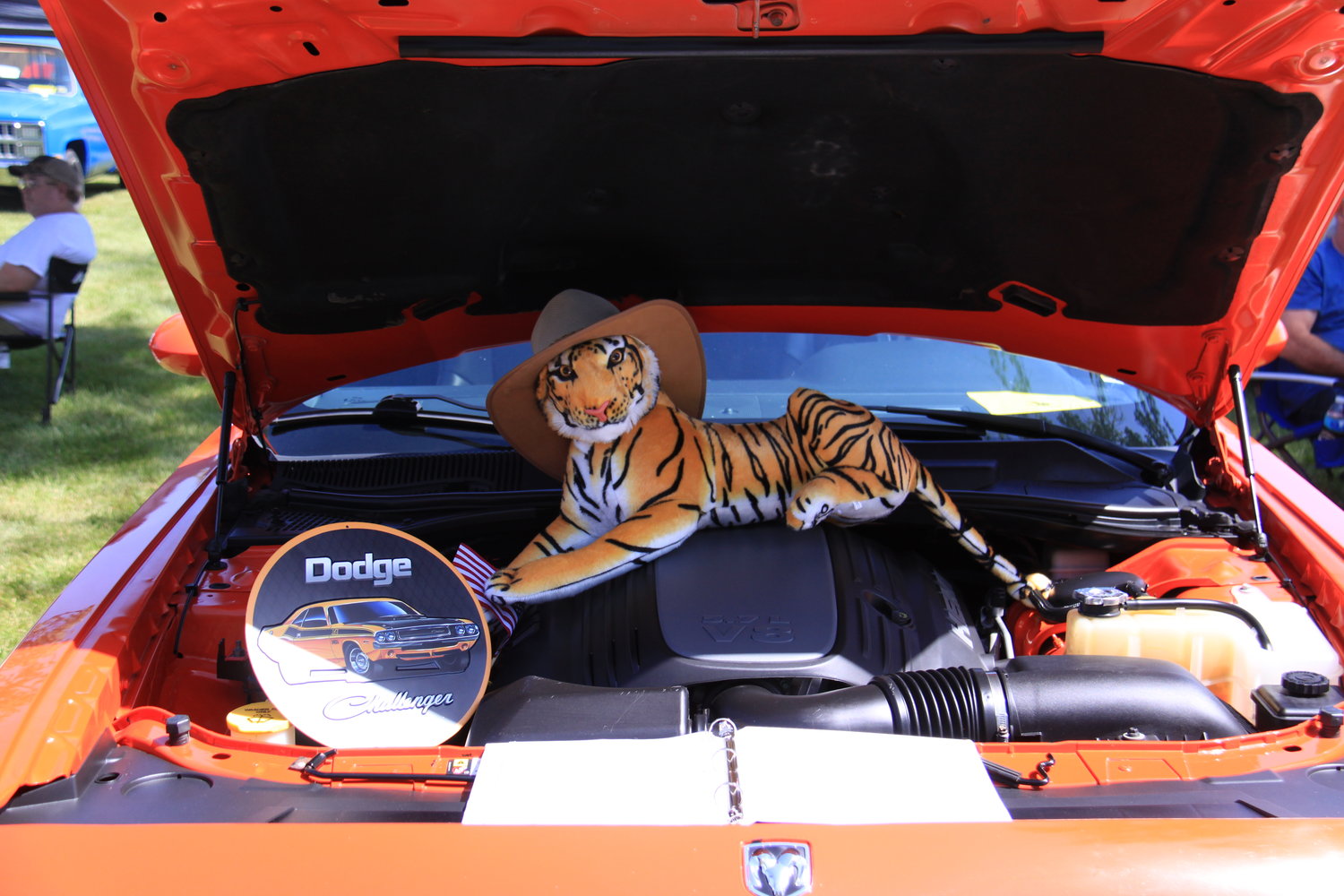 Orange you glad this menacing tiger stood watch over this shiny Dodge Challenger at the Graf & Sons Car Show at the Mexico Elks Lodge? WE AIN'T LION 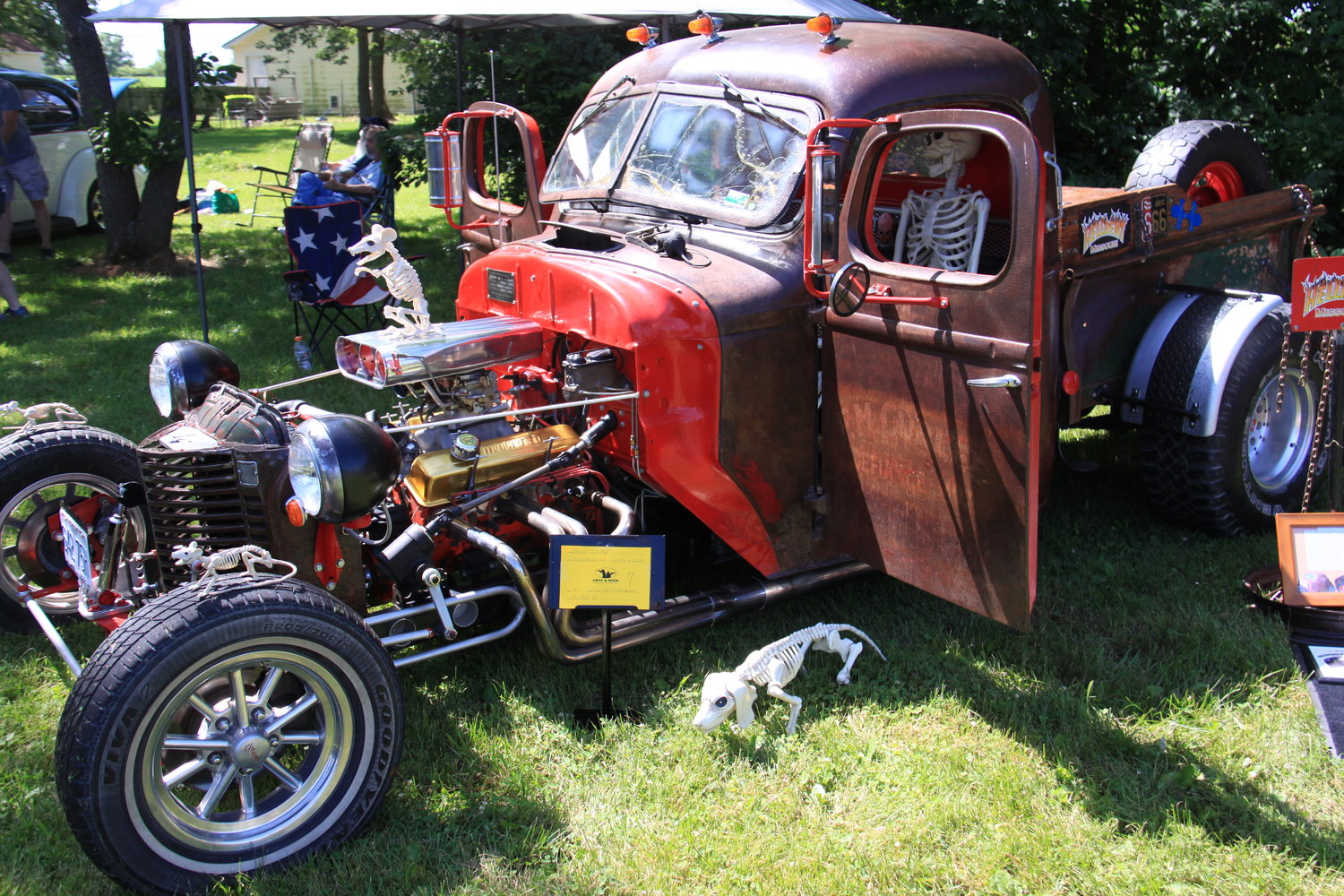 This KB-S International is a vehicle that clearly not many associated with it made any bones about it. [Photo by Alan Dale]
Previous Next
Posted Thursday, June 23, 2022 9:20 am
By Alan Dale, Editor

The Graf and Sons Car Show once again went off without a hitch and even got a respite from the recent wave of blistering temperatures on a pitch perfect Saturday at the Mexico Elks Lodge.

According to Sheila Kelsey Fox, organizer of the event, cars from all over the state descended on the lodge and 208 vehicles were registered – with many others arriving, but not officially becoming a part of the festivities.

All proceeds from the show – now in its fourth year - goes towards the Elks Charities.

Elks served up lunch all day for those in attendance as many partook with eats such as burgers, brats, fish and ribeye sandwiches.

The list of winners was not made available at press time.