Coaching is coaching to Curt Riley.

No matter the sport, he loves to work with children. That is why the 2014 Missouri Basketball Coaches Association Hall of Fame coach and owner of 551 career … 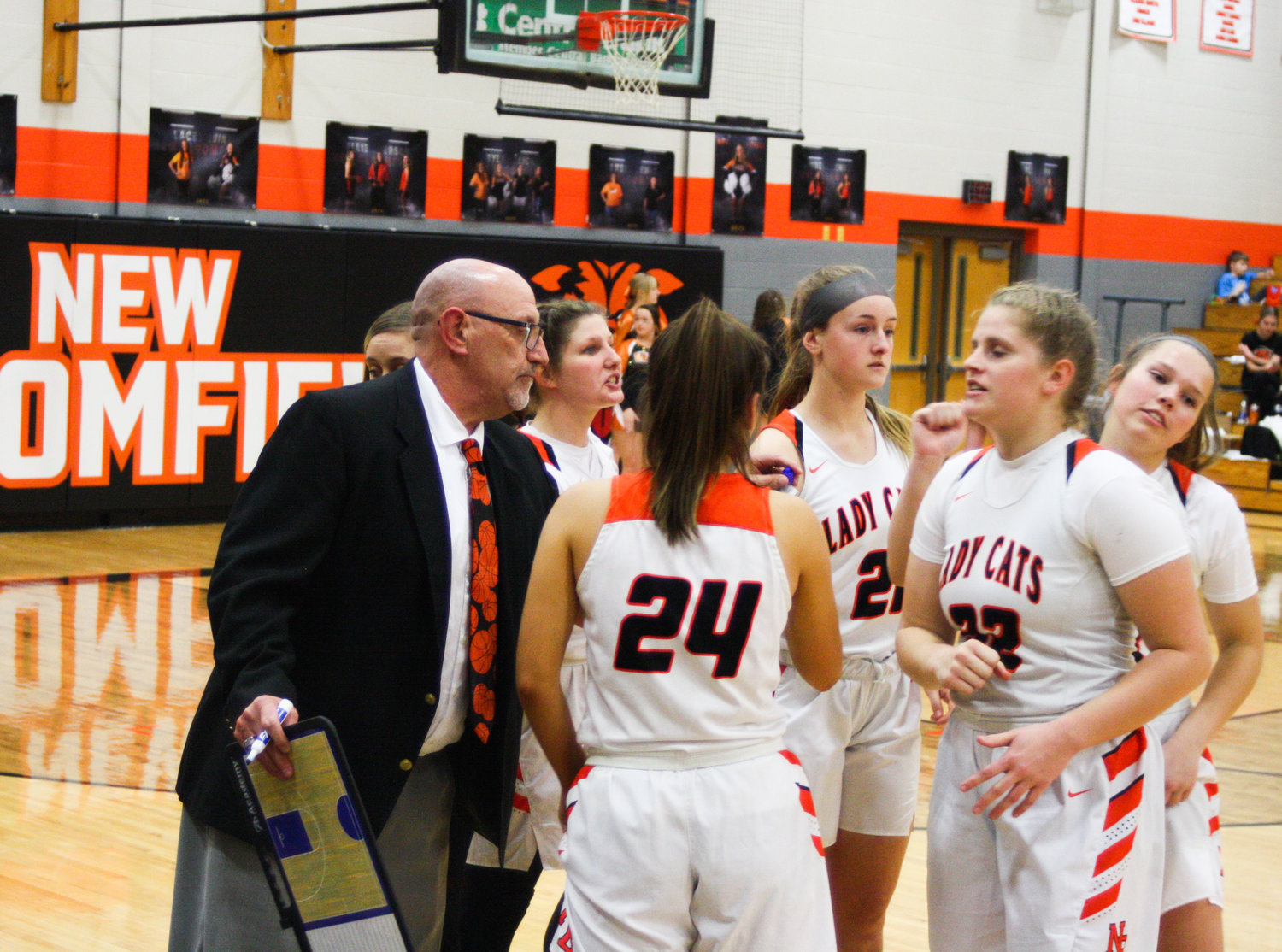 Coaching is coaching to Curt Riley.

No matter the sport, he loves to work with children. That is why the 2014 Missouri Basketball Coaches Association Hall of Fame coach and owner of 551 career wins in the sport is becoming the Mexico softball head coach, according to an announcement by the athletic department during a June 21 school board meeting.

“The head softball position came up, and I decided to apply for it,” Riley said. “They offered it to me so I took it. To me, coaching is coaching. I love working with kids. Coaching is about reaching kids and making sure they learn life lessons no matter whether it’s a bright yellow ball or a big ol’ orange ball.”

Riley has coached basketball, softball, baseball, football and track at various schools. He has coached basketball and softball at schools such as Linn County, Milan, Elsberry and Kirksville, which was his most recent post on the diamond about 11 years ago. He has more than 10 years experience coaching softball, starting with the assistant position he held for three years at Linn County along with being the head baseball coach. His time with Linn County (in Purdin) was his first school after graduating from now-defunct Tarkio College, where he also coached boys and girls basketball and varsity and junior high girls track, and taught physical education.

Riley admits he didn’t want to step away from basketball (which he also played in high school and college) or his previous school New Bloomfield but made the decision that made the most sense for him financially. Along with being the head coach for the 12-12 Lady Wildcats (a six-win improvement), Riley taught business in the district but found out there wasn’t a teaching opening for this year and wanted those extra duties when he commutes from Columbia.

After looking around, Riley found out that Mexico had an open teaching position in middle school health and also a head coaching position for Lady Bulldogs softball, which are coming off an 11-10 season and six straight winning seasons and a state title in 2018 prior to that. The opportunity was too good to pass up.

“To be totally honest, I don’t really want to be out of basketball,” Riley said. “I think there is a chance for me to coach some at the middle school, which I’ll probably do so I can stay involved with basketball, but there was an opportunity to teach.

“I’m really excited (to coach softball). I went over (Tuesday) and watched a scrimmage, and I really liked what I saw from the kids.”

Athletic director Brandon Schafer said he has discussed the possibility of Riley coaching basketball at the middle school level with the varsity high school coaches, Darren Pappas and Ed Costley. For now, though, he is happy to have Riley fill the softball position after two-year head coach Kendra Murphy resigned toward the end of the year to pursue a teaching position at Community R-6. Riley’s experience working with high school girls and the desire to see them succeed, even after high school, were big reasons for the hire, Schafer said.

“I really liked that he has worked with girls pretty much his whole career,” Schafer said. “He’s been very successful almost everywhere he goes. We have a lot of girls on this team that have goals to get to the next level. He has those connections, and he does a really good job of getting girls to the next level in college.”

Schafer said Riley will have two assistants that have been with the program the past two years in DJ Holman and Donna Butts. Holman played softball in college as a catcher so Schafer said she can handle that aspect of the team. Riley then can focus more on infield and outfield and provides the girls some familiarity along with Butts from previous seasons.

Riley has familiarity with the area as his son coaches and teaches at Madison while his son’s fiancée teaches in the Mexico school district. In his softball coaching opportunity at Kirksville, he played at Mexico’s facilities as the Lady Tigers are also in the North Central Missouri Conference.

Riley said he looks forward to becoming acquainted with his softball family this week as he meets with his players and does some practice work with them.

He was in attendance for softball postseason games last season when New Bloomfield finished third in Class 3, making its first Final Four since 1996. He said he noticed how well the Lady Wildcats were coached before he inherited some of those players for basketball season.

At his latest stop, Riley said he hopes to have some of that success with the Lady Bulldogs and believes there are consistent principles that athletes should have no matter the sport.

“I’m not a big fan of coaching effort,” Riley said. “Kids, if they want to play softball for me, they’ve got to be ready to bring their effort every single day. Effort is something you can;t turn on and off. If you want to win at the highest level, you have to be prepared to play at the highest level.”

Riley said his teams have missed the last shot in a close game or have lost by one run before, but in those instances, he said what happened at the end isn’t as important as what happened earlier in the game. The efforts of the players up to that point make a big difference.

This ties into the kind of team Riley said he wants Mexico to be going forward, especially on the basepaths.

“A big part of the game is hustle,” Riley said. “I want my teams to force the issue. If we’ve got a runner on first and we hit a ball in the gap, that should be an automatic first to third. I want them to go, ‘Ok, that’s a gap shot. I’m going to third.’ Those are things we will work on every single day so they don’t have to think about it. It’s reaction.”

Having a team that is willing to run is similar to what Riley expected out of his teams on the court as New Bloomfield last season was a team that tried to find open 3-point shots in transition. Not only does he see a team that is capable of that from what he has observed so far, but Riley said he also saw players that could hit for power, are capable of slap hitting, and play defense.

Being defensive-minded was also a sticking point for Riley’s basketball teams, he said, as Mexico should be stout in that area so the output from the team’s offensive aggressiveness isn’t easily eclipsed.

Schafer thinks Riley’s approach to coaching can help Mexico continue the success it has had in recent years.

“His coaching style and the expectations he sets for his girls in every sport he has done and every school he has done is something that will benefit our girls immensely,” Schafer said. “Having expectations — setting realistic and achievable goals — is what he has done in the past.”

The season will come faster for Riley this year as softball is played in the fall as opposed to basketball’s time in the winter. Riley is eager to start quickly as well next week as he begins talking and working with his players and is looking forward to the team’s second scrimmage July 12 against Hallsville. Mexico defeated South Callaway 13-6 in a scrimmage game it hosted Tuesday.

“I’m looking forward to meeting the girls, meeting the parents and just getting started,” Riley said. “I think we have an opportunity to do something special. I want to try to put us in the best position to win and be the last team playing in the fall.”