The Indians remained winless in the 2021 season after losing 38-8 to the Montgomery County Wildcats on Oct. 15 at … 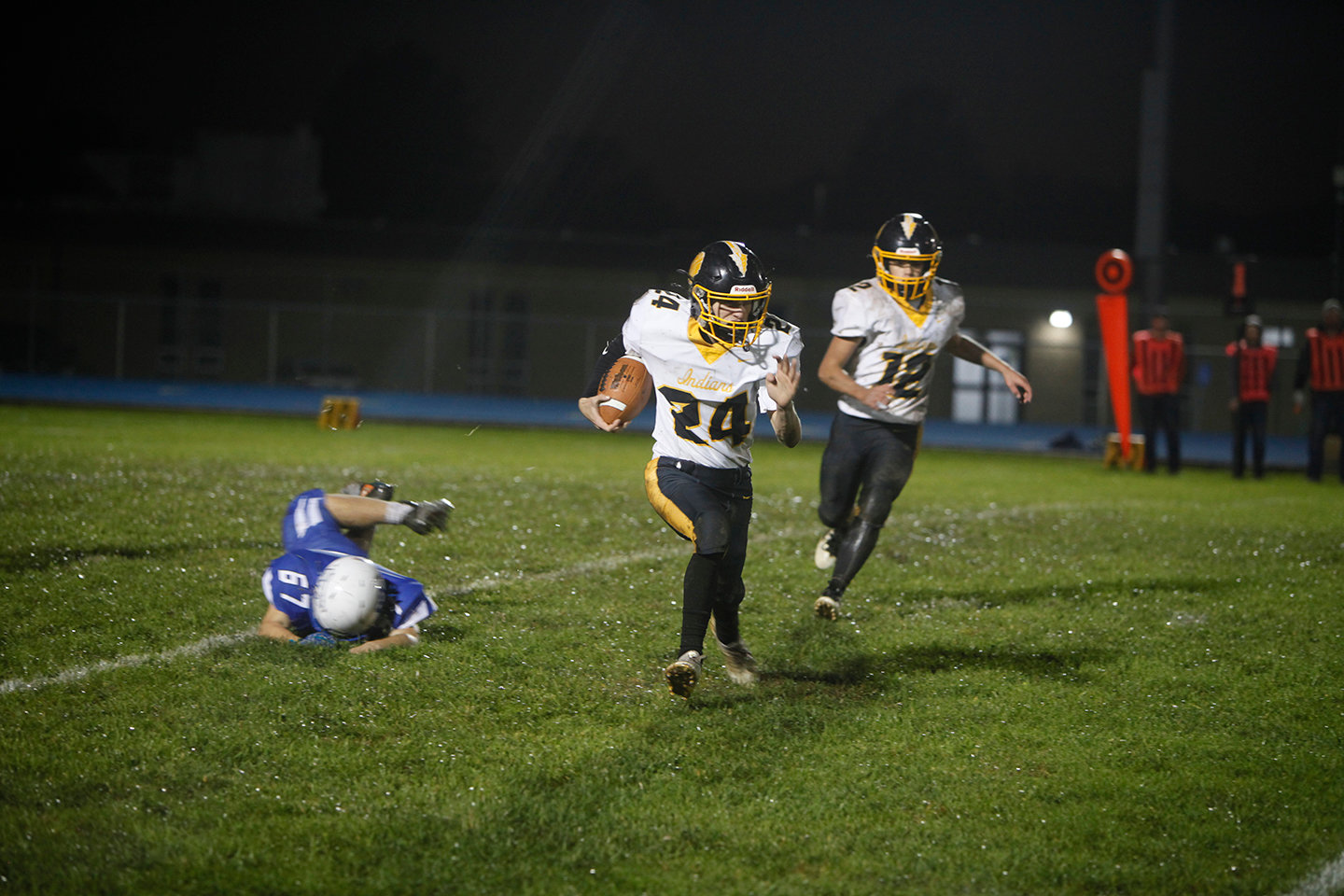 Van-Far sophomore Brayden Lay goes for a kickoff return in the first quarter against Montgomery County Wildcats on Oct. 15. Lay and the Indians lost 38-8 to the Wildcats to drop to 0-8. [Theo Tate]
Posted Thursday, October 21, 2021 12:15 am
By Theo Tate, Staff Writer

The Indians remained winless in the 2021 season after losing 38-8 to the Montgomery County Wildcats on Oct. 15 at MCHS’ Jim Blacklock Field. Van-Far dropped to 0-8 and lost its 11th straight game, dating back from last season.

Drebes said despite the loss, he was pleased with the way his team performed under muddy conditions.

“Our defense really stepped up,” Drebes said. “We had three picks on the night. They really didn’t get many rush yards on us other than a few big plays. For the conditions that we were in, with all of the rain and slop, I thought we played well defensively. Offensively, we just have to find a way to start pushing forward.”

The Indians have one last shot to give Drebes his first victory as Van-Far coach before they begin district play. They wrap up their regular season at 7 p.m. on Oct. 22 with a road game against the Scotland County Tigers.

Drebes was hired as the Indians’ head coach in March after working as defensive coordinator for the last two years. He replaced John Kliewer, who coached the program for two years before resigning in January.

With Van-Far trailing 26-0, junior Brandon Eoff broke up the Wildcats’ shutout with a 29-yard touchdown run with 4:16 left in the third quarter. Sophomore Gage Gibson followed with a two-point conversion.

“They’re helping out with our leadership role,” Drebes said. “We have a lot of young kids. It’s not about athletic ability. Sometimes, it’s about being mentally checked in and knowing what to do and when to do it. They really help out with keeping those young kids in check.”