Numbers favored Wright City on Saturday at Van-Far. The Wildcats brought a roster of 42 compared to the host’s 26. Hayden Beck threw for 204 yards. And most importantly, they came away with a … 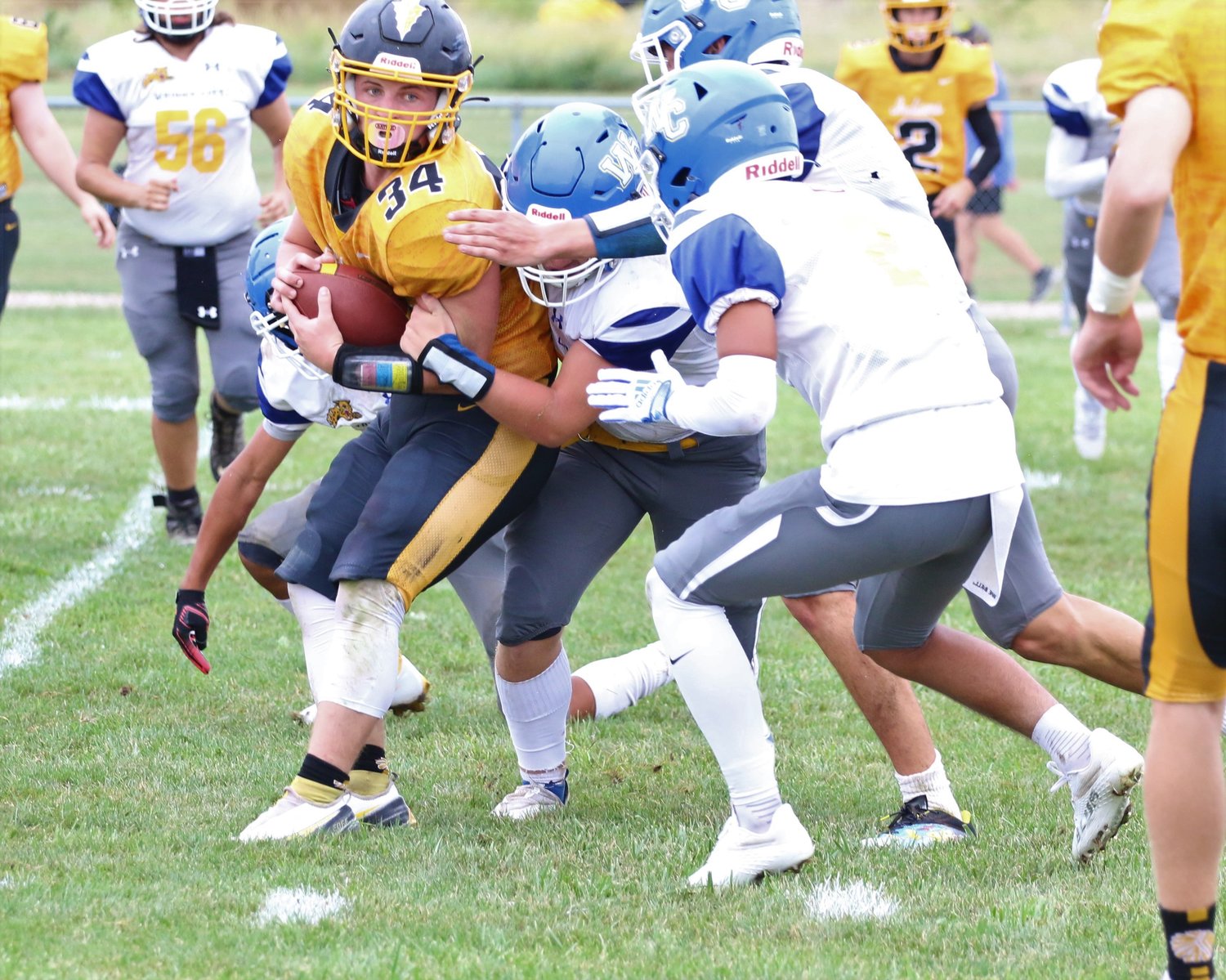 Numbers favored Wright City on Saturday at Van-Far. The Wildcats brought a roster of 42 compared to the host’s 26. Hayden Beck threw for 204 yards. And most importantly, they came away with a 48-32 victory.

But what had been a comfortable 28-6 advantage at the half turned into a relative squeaker for one key reason: Van-Far’s relentless rushing game. Brandon Eoff, Gage Gibson, Bryson Lay and their comrades piled up 294 yards on the ground.

The Wildcats scored in the opening seconds. Jake Smith scooped up the kickoff and sprinted 84 yards for a touchdown. Minutes later Duan McRoberts hauled in a five yard toss from Beck to extend the lead.

Beck tacked on a two point conversion and Wright City was on top 14-0.

The undermanned Indians rallied, with Brandon Eoff doing much of the heavy lifting. But Beck responded with a five yard burst of his own. And Demetrice Le Noir turned a blocked punt into six more for the Wildcats.

Van-Far dialed their offense up in the second But the Wildcats were able to keep them at arm’s length thanks to Jeremiah Davis, who collected a 22 yard touchdown reception in the third and scored on runs of 12 and 54 yards in the final period.