The Missouri Department of Conservation (MDC) reminds hunters to be aware of baiting regulations during the fall deer and turkey hunting seasons. The use of bait, including grain or other feed placed … 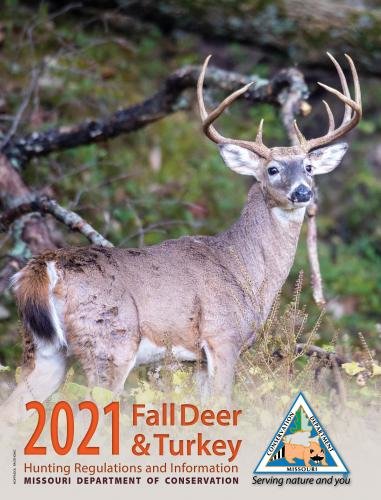 The Missouri Department of Conservation (MDC) reminds hunters to be aware of baiting regulations during the fall deer and turkey hunting seasons. The use of bait, including grain or other feed placed or scattered to attract deer or turkey while hunting is illegal. The regulations are in place to help limit the spread of Chronic Wasting Disease (CWD) in deer and to ensure fair chase.

MDC’s Protection Cpt. Gerald Smith said the placement of corn, or bait to hunt wildlife is a common Wildlife Code violation that conservation agents encounter during the fall. Additional rules apply if hunting in one of the 34 counties in the CWD Management Zone.

Doe urine and other scents, such as apple, acorn, and persimmon, are allowed while hunting, if they are not used on or with grain and other food products. Mineral blocks, including salt, are not considered bait. However, mineral blocks that contain grain or other food additives are prohibited. MDC notes that mineral and salt blocks are not allowed on conservation areas and in a CWD zone. While it is legal to hunt over a harvested crop field, it is illegal to add grain or other crops, such as apples, to the field after it has been harvested.

“The majority of hunters encountered by conservation agents are compliant with this regulation, and we spend a lot of time responding to reports and complaints of this type of violation,” Smith said.

An area is considered to be baited for 10 days after food has been completely removed from that site.

Hunting ethics are at the core of Missouri’s baiting regulations. Habituating deer so they routinely congregate over a human-supplied food source is not in line with the principles of fair chase that ethical hunters try to adhere to.

The presence of chronic wasting disease (CWD) in Missouri has created another reason why providing bait for deer is a bad idea. One of the ways this always fatal disease of cervid animals is transferred from one deer to another is through animal-to-animal contact, which can easily happen when deer congregate over bait.

Smith said anyone who is hunting in an area baited is in violation. “These types of reports are common, and agents do investigate and follow up with each report. Please educate yourself before putting yourself or someone else in violation.”

CWD sampling is mandatory for hunters who harvest a deer on Nov. 13 or 14 from CWD Management Zone counties. Get more information on CWD regulations and other CWD information online or from MDC’s 2021 Fall Deer & Turkey Hunting Regulations and Information booklet, available where permits are sold and onlin.

Hunters are also encouraged to contact their local conservation agent or MDC regional office for additional questions or concerns.