Isaiah Reams reached the end of his Mexico basketball career this past season, but he is far from finished. 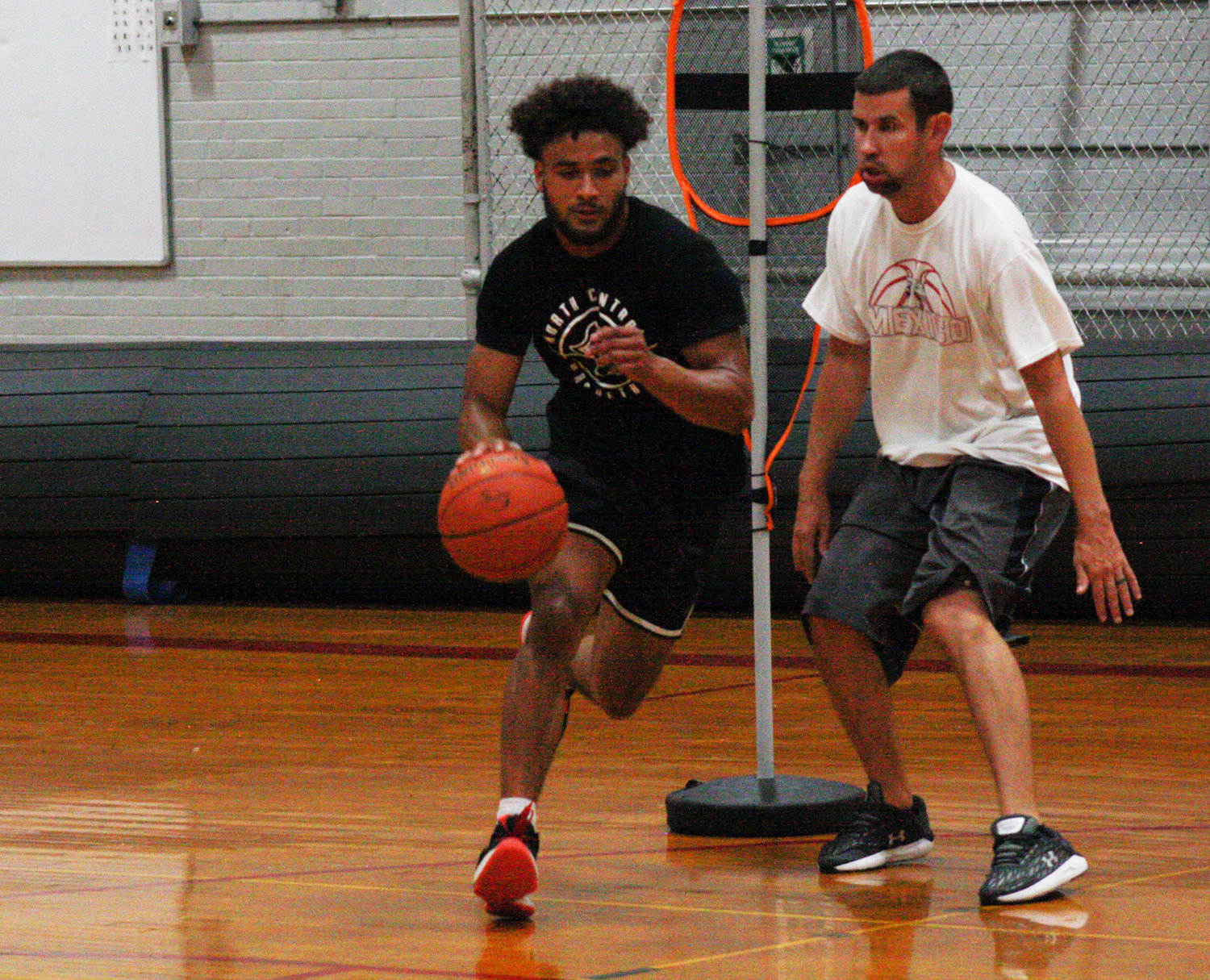 Isaiah Reams reached the end of his Mexico basketball career this past season, but he is far from finished.

The two-time all-state player committed to play at NJCAA North Central Missouri College in Trenton earlier this year and will head there in the fall. Before that, though, Reams could be found at various times at Mexico High School working out.

Head coach Darren Pappas was right with him during the workouts just as he was since the start of his high school career. He said the fact Reams was in the gym during the summer speaks volumes of his dedication to the game.

“A lot of kids, when they sign that athletic scholarship, sometimes they want to take time off,” Pappas said. “He contacts me all the time saying, ‘When can we get in the gym?’ It’s driven by him, not me. That’s how it should be.”

Pappas said he and Reams tried this summer to work out three or four times a week, addressing ball handling, shooting, passing, decision-making and other skills that need to measure up at the college level. The idea is the more work that is done in those areas, the more they will feel like second nature, which means Reams can impress early in college.

Reams said he noticed how smoother the game is in college after participating in scrimmages in his multiple visits to NCMC. He also saw how much faster the game is played.

“I have a lot of confidence in myself and my game, but I can always get better,” Reams said. “I think I need to work on my defense along with my mid-range game. Also, conditioning is going to be a huge key next year, playing at a faster pace at a higher level.”

After four years with Pappas, Reams said he has grown physically through improved skill work and mentally through overcoming adversity and learning to play as a team.

One of his workout days, on July 21, Reams ran through a range of drills, including dribbling through cones, going around screens with Pappas’ help and working on his stroke with the shooting gun.

“I wouldn’t be where I am today if it wasn’t for him,” Reams said. “He’s helped me out so much the past few years. I’m just really thankful he does all this for me.

“He was going to get the best out of me every single day. That’s what good coaches do. He just wants me to be the best I can be.”

The best that Reams could be as a Bulldog helped him score 1,537 career points, pull down 457 rebounds, dish out 387 assists and grab 218 steals for career averages of 14.8 points, 4.4 rebounds, 3.7 assists and 2.1 steals. He scored a career-high points this season, averaging 17.1 points, in a season Mexico had an all-time best start of 28-0. Along with his all-state selections the previous two seasons, Reams has been named all-North Central Missouri Conference four times and all-district three times.

Pappas said the game will be faster and the players will be bigger in college so Reams has to accept that he might not always have a big scoring night. Reams can help his team by being a complete point guard.

“There are other ways you can impact the game other than just scoring, and I think he understands that,” Pappas said. “He’s taken his game to another level as far as basketball IQ – understanding what teams are going to try to do to him and taking what teams do defensively against him. Hopefully, he continues to develop that at the next level to be the complete point guard we know he can be.”

Reams had his work ethic before he became a freshman, Pappas said, and also good character, which has served him well on the court as a Bulldog and will continue to do so as a NCMC Pirate.

“He likes to share the basketball,” Pappas said. “He’s not a selfish point guard. He’s a team-oriented point guard that likes to see the team succeed over his individual accolades.”