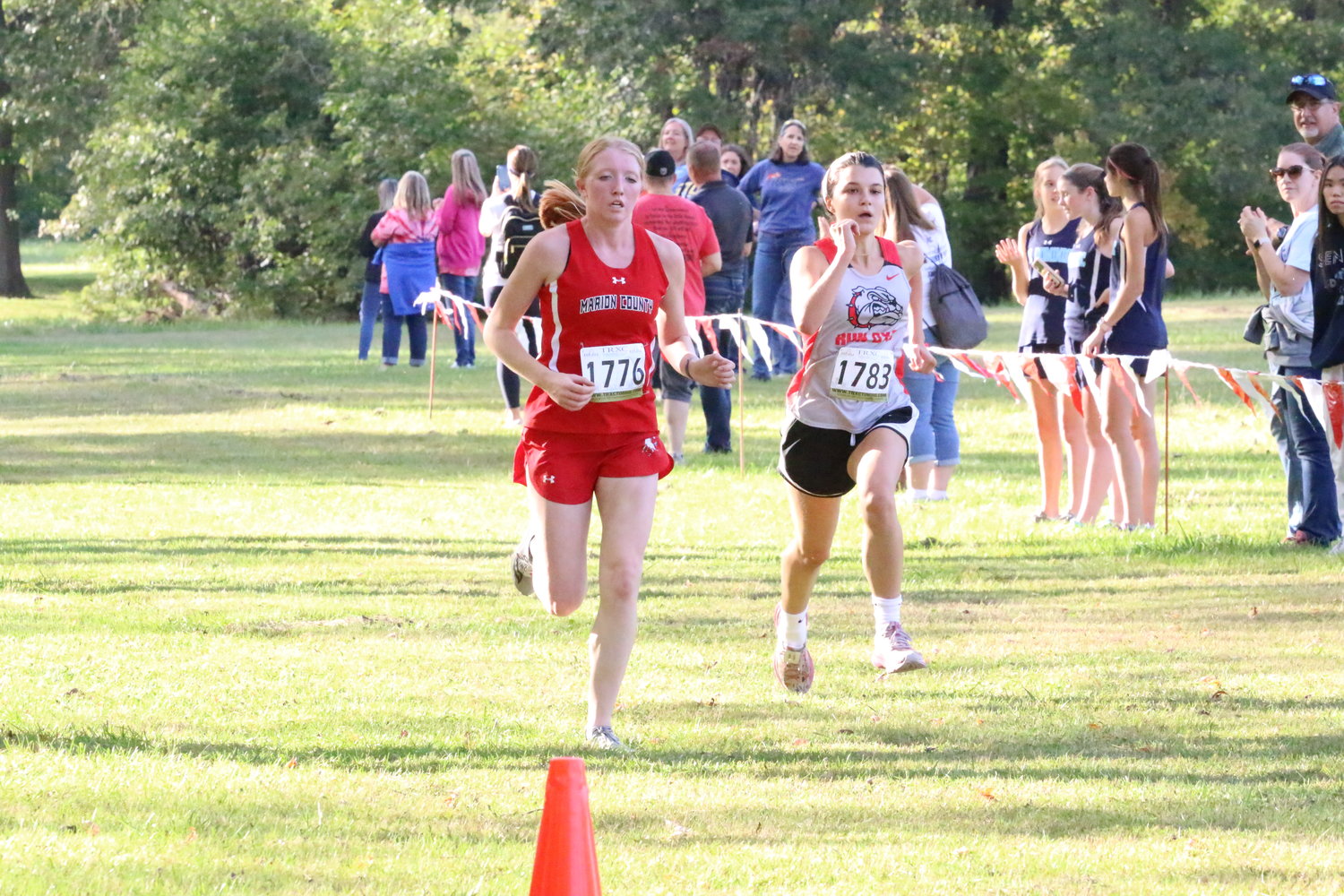 Sidney Turlington picks up a place down the home stretch. [Nathan Lilley] 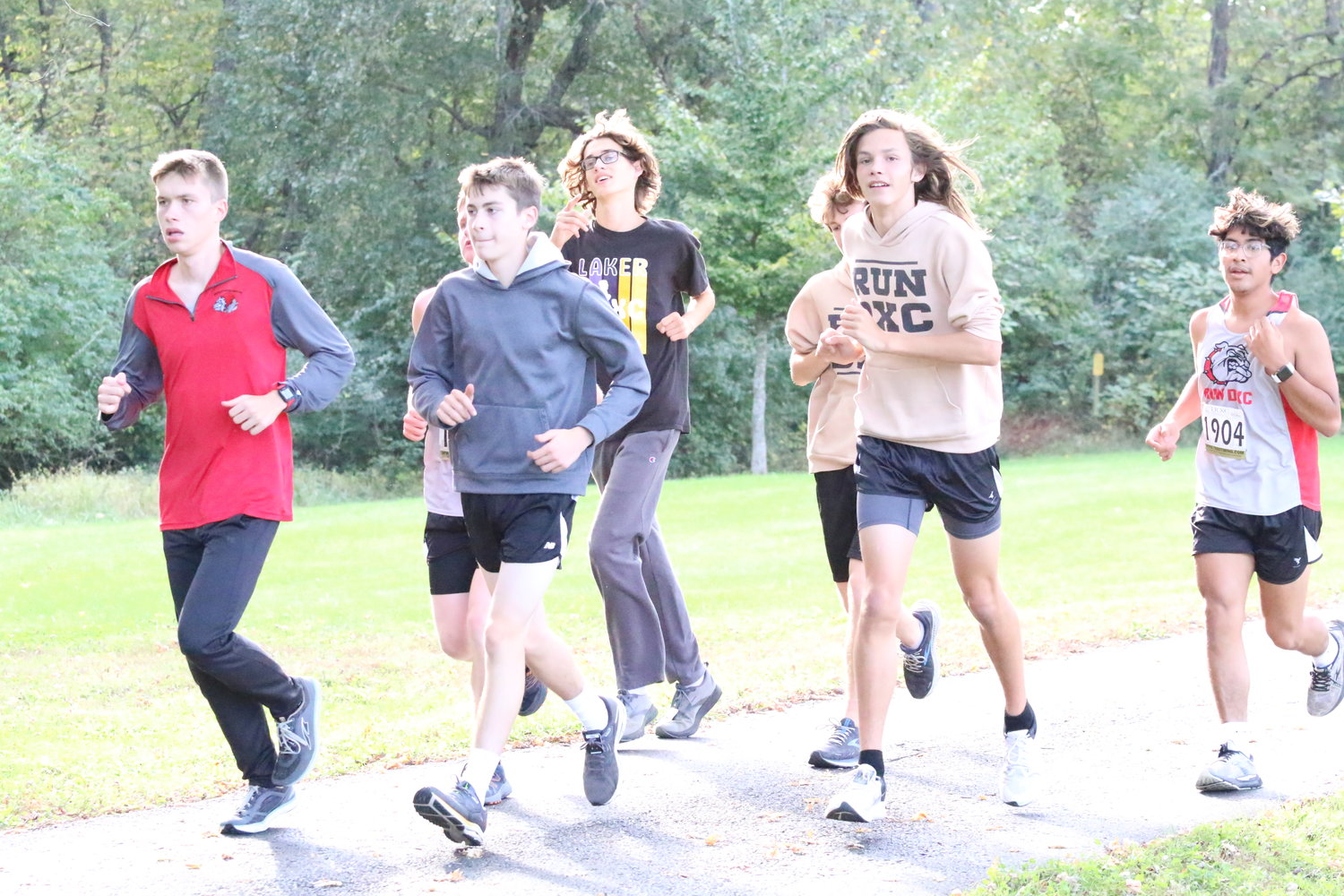 Mexico boys warm up prior to Tuesday’s meet. [Nathan Lilley] 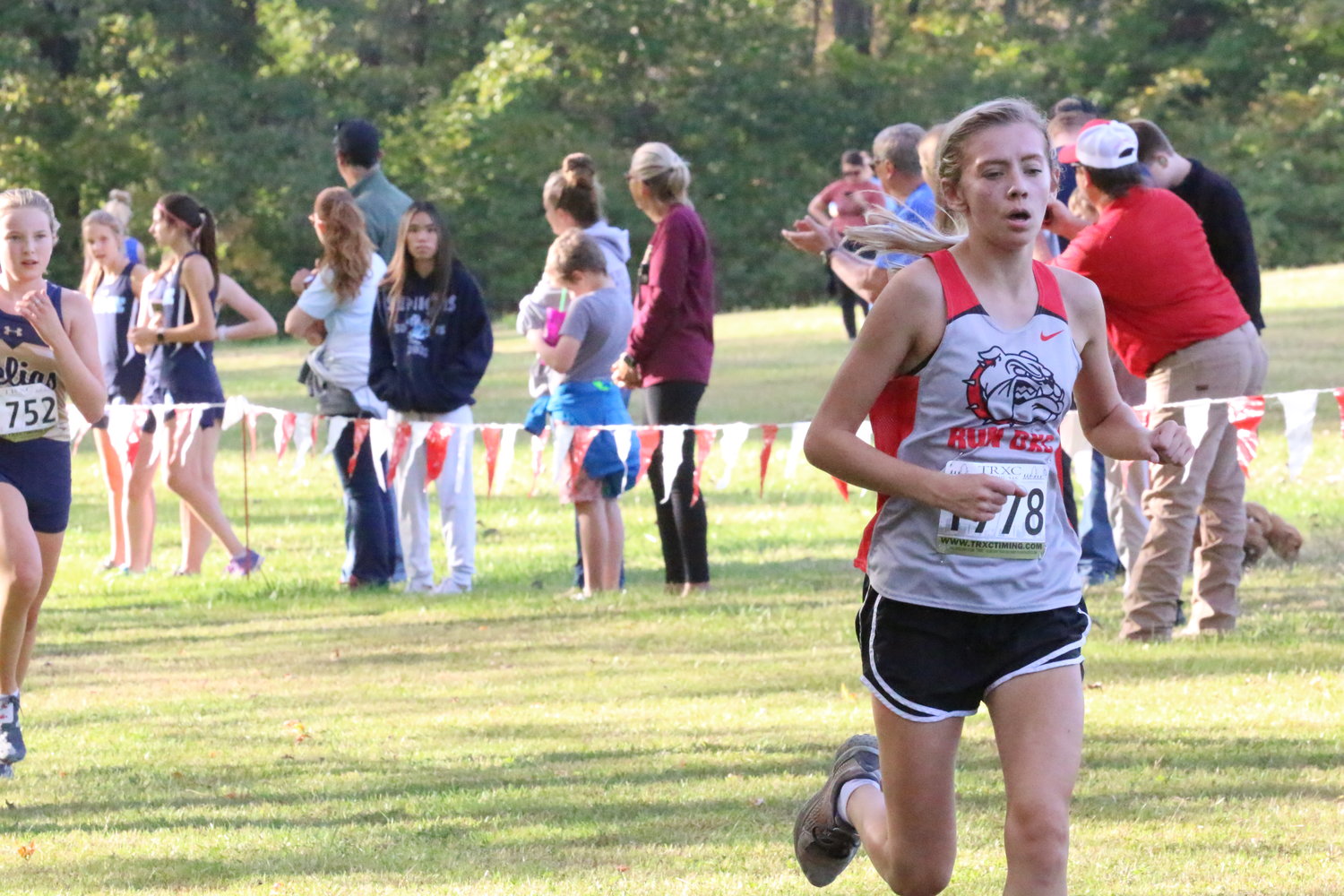 “The course was a little soft from all the rain last week so times were not as fast as the kids hoped for,” said coach Lucas Breneman. “But I thought they competed well and it was fun to see both teams earn second place and bring home medals.”

Helias took first in the boys and girls races.

The junior varsity was at Bowling Green Friday (results not available at press time). The varsity squad runs at the district meet in Washington Saturday, Oct. 30.