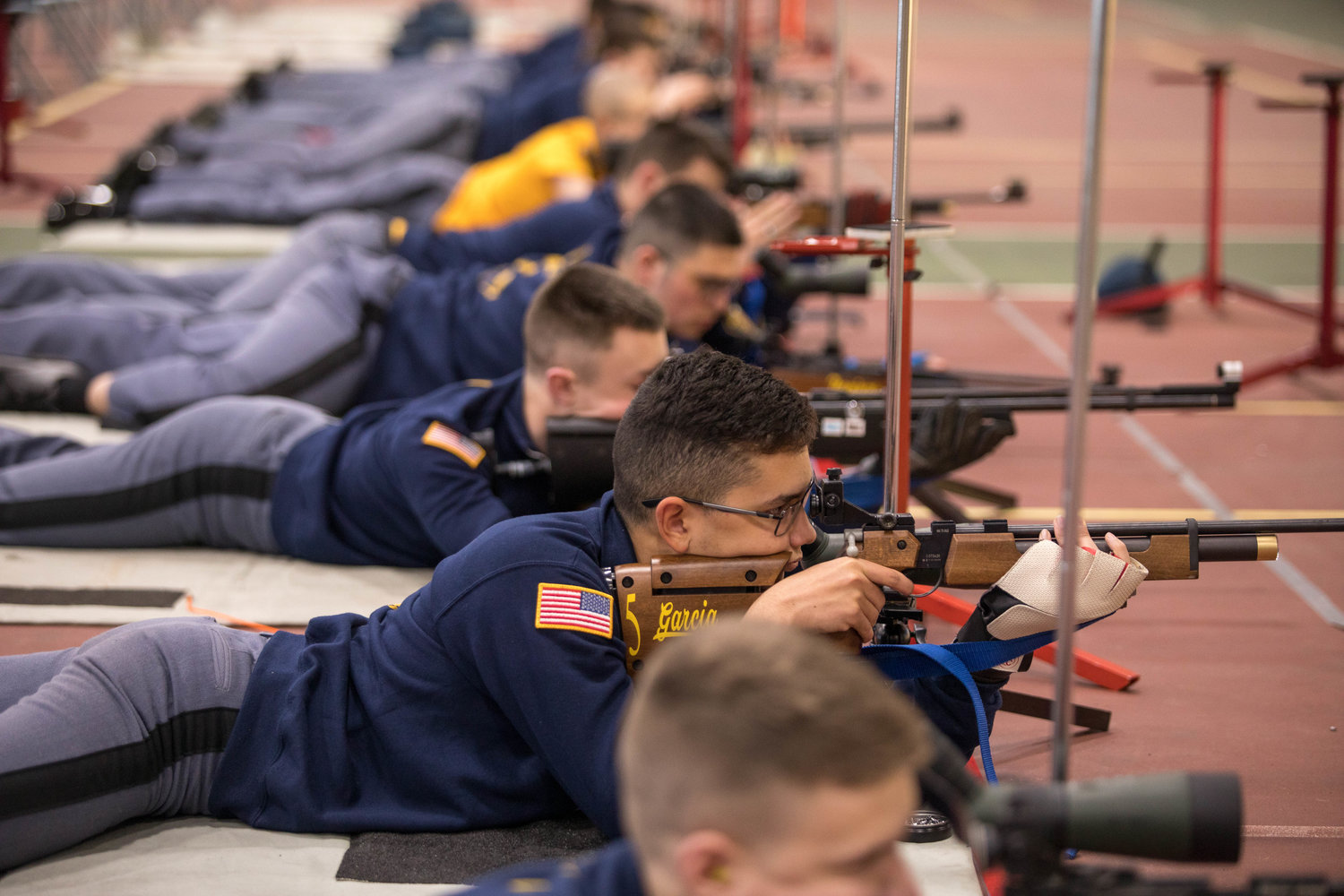 MMA was led by Rene Garcia who shot a 270.6. The remaining contributing members were Ethan Zinser, Marco Afane, and Collin Beck. MMA is coached by Mike Shoemaker.

These two teams are competing in the champions division of the Orion National Air Rifle League. Sponsored by the Orion Scoring System, the league is a national team league for high school teams and junior rifle clubs.

The champions division is the most difficult division in the league. The league has two parts; an eight-week regular season going on now, where teams compete for their conference's title, followed by the postseason, consisting of two single elimination tournaments. Only the top 16 teams across all conferences advance to the postseason, to compete for the league title.

In each game, the teams compete in what is known as a three-position air rifle match. The match is modeled after olympic rifle competitions but adapted to high school-age athletes. Each athlete will shoot 10 shots in three different shooting positions, prone, standing, and kneeling. Each shot is worth a maximum of 10.9 points. The sum of points scored in the 30 shots is the athlete's total. The team score is composed of the best four athletes from each team.

For more information on the league, including complete standings, visit https://www.national-leagues.com/.