He and the Bulldogs played at Class 1 No. 7 Missouri Military Academy in a crosstown matchup that the Colonels won 3-1 because of a … 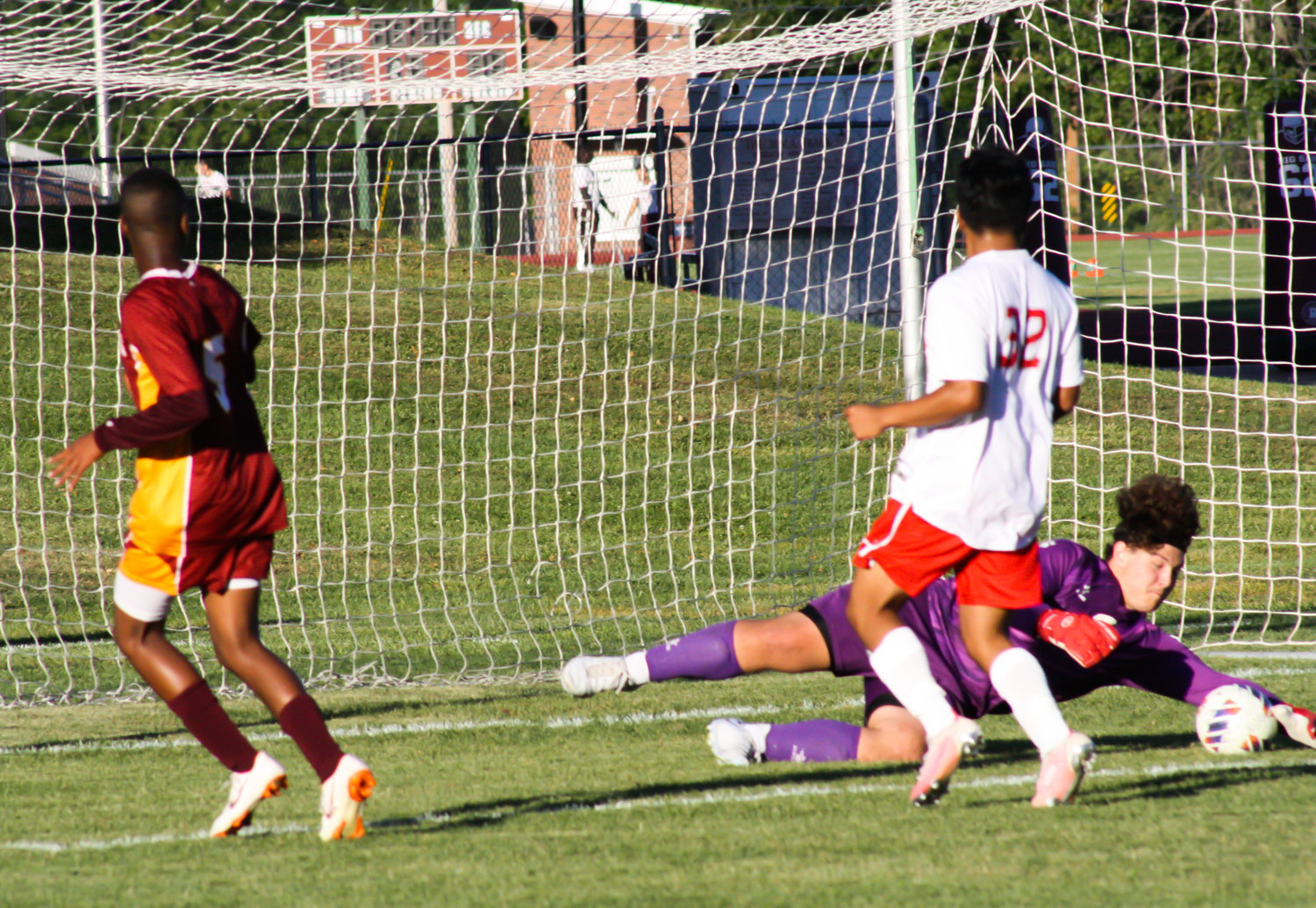 He and the Bulldogs played at Class 1 No. 7 Missouri Military Academy in a crosstown matchup that the Colonels won 3-1 because of a relentless breakaway attack. Scanavino made 12 saves for Mexico, including 10 in the first half, but Gorka Yarte was able to beat him twice and Kellan Mugisha did so once for the insurance goal.

Brendan McKeown scored the Bulldogs’ only goal in the 13th minute to tie the game following Yarte’s first display of speed.

MMA head coach Eliot Goodwin said he was proud of how his team bounced back a day after a 6-0 shutout at home to Class 1 No. 3 Father Tolton.

“It’s nice we had the opportunity to correct last night,” Goodwin said. “We have to recognize at moments if Mexico, like they did, play a high line, there’s going to room in behind. Exploiting that, recognizing that moment and taking advantage of it is key for us. Their goalkeeper had a great performance. He made some outstanding saves and credit to him for keeping them in the game.”

Mexico head coach William Gleeson said the Bulldogs haven’t seen a team attack them the way MMA did until Thursday. The Colonels were able to boot the ball several times to a player in stride — Yarte in the 10th and 53rd minute and Mugisha in the 58th minute.

Gleeson said Mexico was better in the second half dealing with that thanks to defenders like Declan Gleeson, Bryce Carter and Kevin Lopez clearing the ball. He said having another defender, Jibran Rodriguez, would have helped match MMA’s speed better.

“We’re missing one of our key defenders. He’s in Iowa right now,” Gleeson said. “We’re missing his speed and his ball control in the back. It just took us a little bit to adjust to that style of play. They popped it over top of us a lot.

“We came out real sluggish and real slow start and no communication. It was rough to start off. We kind of picked up a little bit, but we never got that communication going. That was pretty much our downfall for this game. We had a great chance to score, two guys going for the same ball. No communication and they fumbled it.”

Mexico managed six shots all night, oftentimes possessing the ball in the penalty box but were unable to create competitive shots outside of the McKeown goal early in the first half.

Goodwin said there was some frustration when the score was tied at halftime, realizing MMA could have gone into the half with a lead, but followed its strategy until the goals happened. He said players like Ethan Hersh, who was suspended Wednesday, and Liam Mannion had “outstanding” second halves, Goodwin said, feeding the ball to Yarte and Mugisha.

“I think it comes from our midfield,” Goodwin said. “We have a couple of quick players — some quick forwards we’ve got that we rely on to use their pace to get in behind.”

MMA and Father Tolton came out of the first state soccer polls as the No. 7 and 3 teams, respectively, in Class 1 before the district foes faced each other at MMA. The Colonels were short some players and realized how skilled Tolton’s are as they lost 6-0 — the first time MMA has been shut out this year while allowing its most goals in a game this season.

Head coach Eliot Goodwin said he was missing four players in the aftermath of the Moberly Invitational. It was a successful weekend for MMA (7-3-1) in the sense it finished first in its division with a 2-0-1 record but costly in the sense captain Marco Afane went down with an ankle injury and two more players had to sit out after being carded in the tournament. Lucas Almeida, one of the Colonels’ top scorers, was already sidelined with an ankle injury so Goodwin had to figure out a plan for Wednesday.

“We were down a few players tonight — a few key players that will make a difference when we get to districts,” Goodwin said. “Two players down for tonight — four in total — it doesn’t help, but I have to play with what I have, and I trust all the boys. They’re on the team for a reason.

“Tonight, in terms of the scoreline, we brought it upon ourselves. I think it is one to many individual errors or individual mistakes — preventable moments you could say.”

Goodwin said it made it even tougher that MMA was down 2-0 within the first 10 minutes as Ryan Stevens kicked it in for the first goal in the sixth minute before Tolton (8-4-1) came right back a minute later and Avery Wells scored off a rebound.

In the 32nd minute, Tolton was awarded a free kick, so Lucas Boyer booted a booming kick that bounced around the net for a bit prior to Steven Becvar knocking in the third goal to make MMA, who had two shots on goal in the half and six in the game, take its time during halftime.

The scoreboard clock ran down, and the Colonels still weren’t out as Goodwin knew his team, despite its shorter numbers, could play just as well as Tolton did.

“(Tolton’s) got good players, they connect well, they’ve got some very skilled forwards — quick, technical players on their top line — and they can combine well with their midfield as well,” Goodwin said. “On our day, we’re that team as well. They are a team we can play with when we’re firing on all cylinders.”

“I wanted them to realize they are a better team than what they showed. We tried to fix a few things in the locker room, but as soon as you cross the white line, I trust them to do the right thing. Sometimes, it works. Sometimes, it doesn’t. I think it was just those moments that killed us tonight.”

Tolton sent a pass over MMA’s defense to a isolated Stevens, who then beat goalkeeper Diego Pineda in the 50th minute for his second goal. A couple improbable goals followed as Becvar put one into the top corner of the net while going away from it in the 57th minute and then Boyer headed in a corner kick in the 76th minute.

After Wednesday, Goodwin was happy to bring back his two suspended players for the Mexico game on Thursday and is hopeful Afane and Almeida will be back by districts, especially since they’re both seniors.

MMA defeated a prior district opponent, and eventual eighth-ranked team in state, Fatima 2-1 this year and believes it can give Tolton a better game if the teams meet again in districts.

“I’m still confident going into the conference tournament (following four more regular season games),” Goodwin said. “We’ll rebuild through those games. (Tolton’s) a good team. They deserve it, but hopefully we get another chance at districts.”

MMA finished second as a team, scoring 82 points behind Marion County’s 68 points, as the Colonels were led by the runner-up finish by Bryson Powell and three other top-40 finishers.