After missing the first five games of the season, Weber scored his … 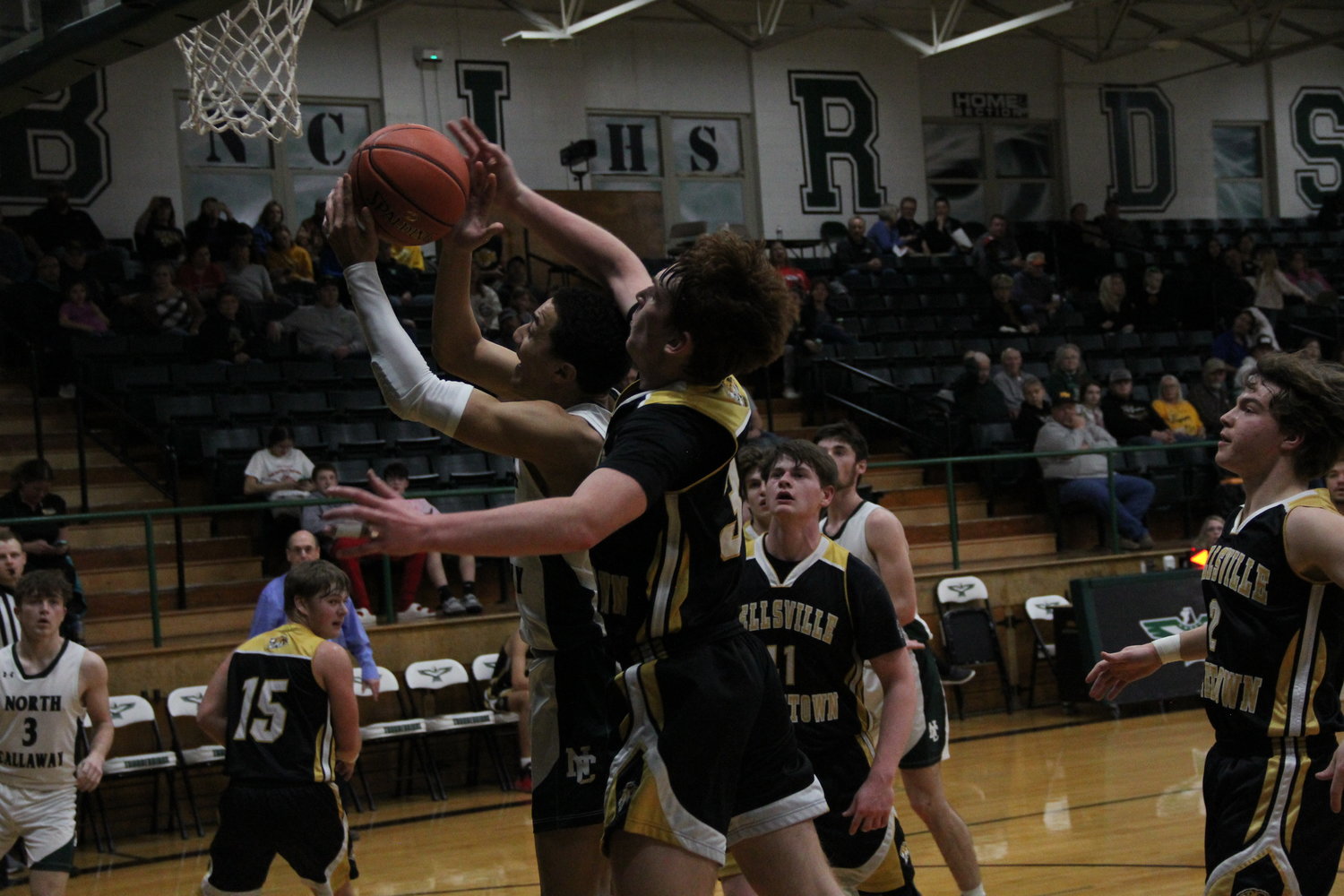 North Callaway's Matthew Weber forces himself toward the rim Tuesday at home against Wellsville. Weber finished with a season-high 35 points and a career-high seven steals in the 66-51 victory for the Thunderbirds.
Jeremy Jacob Photos 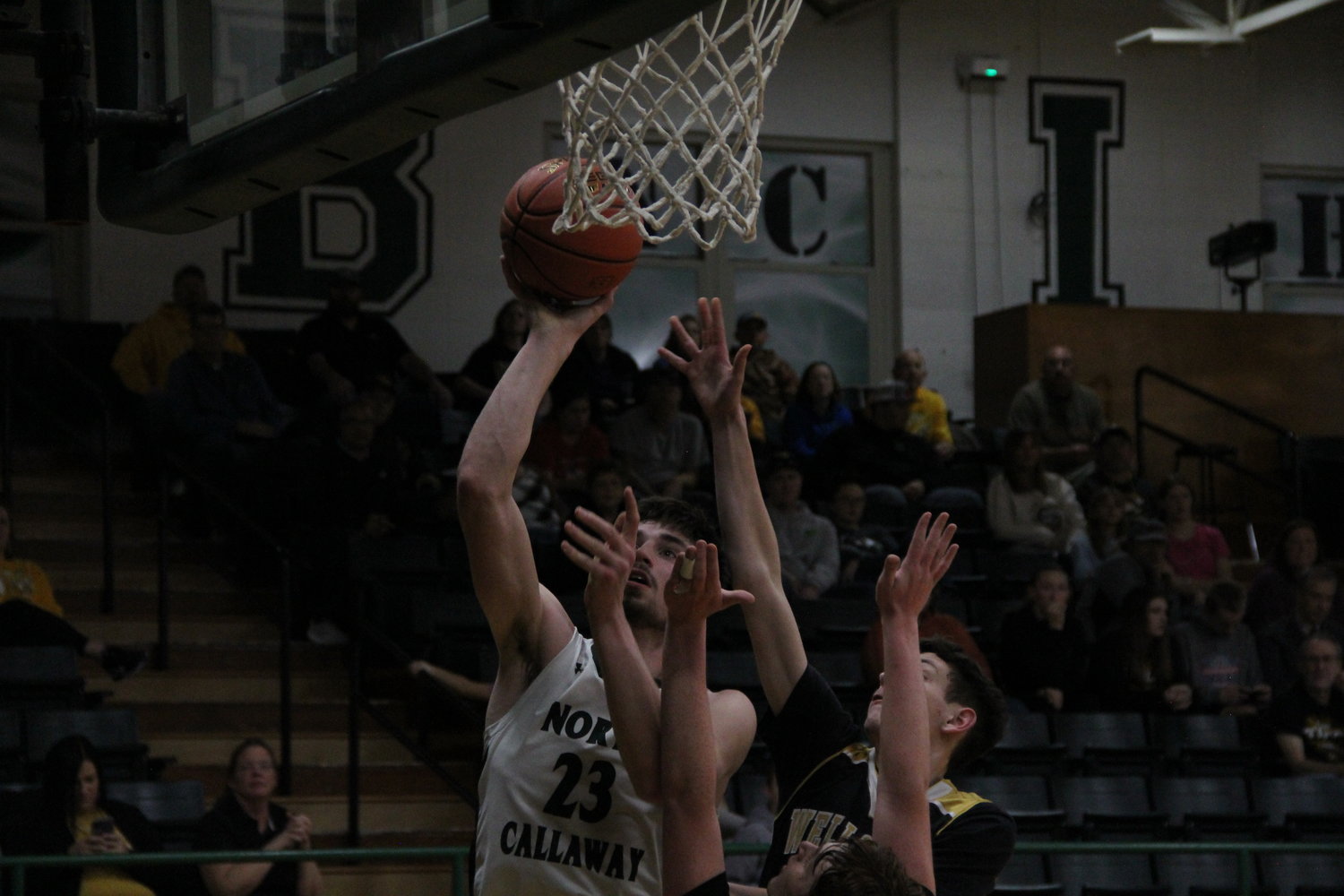 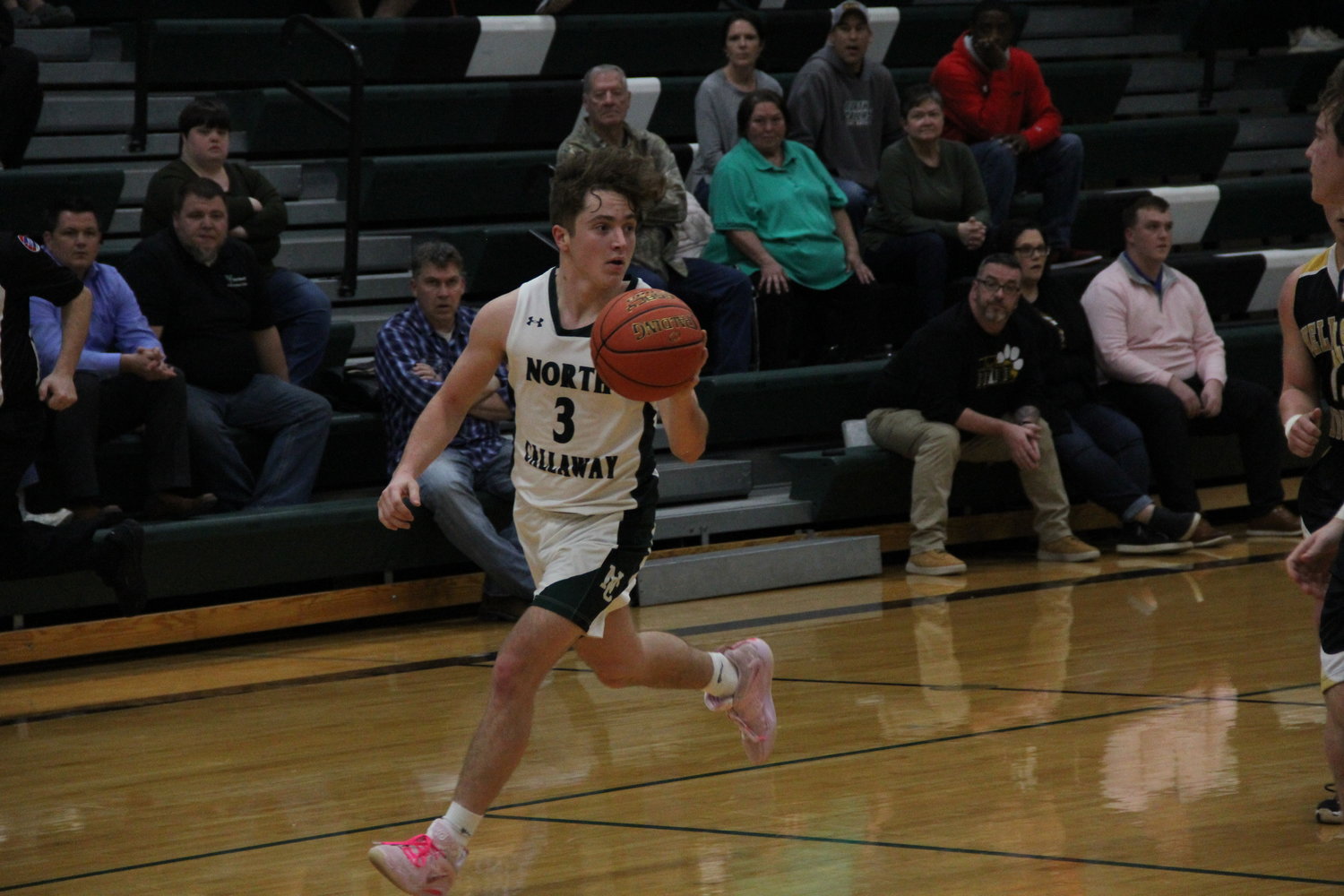 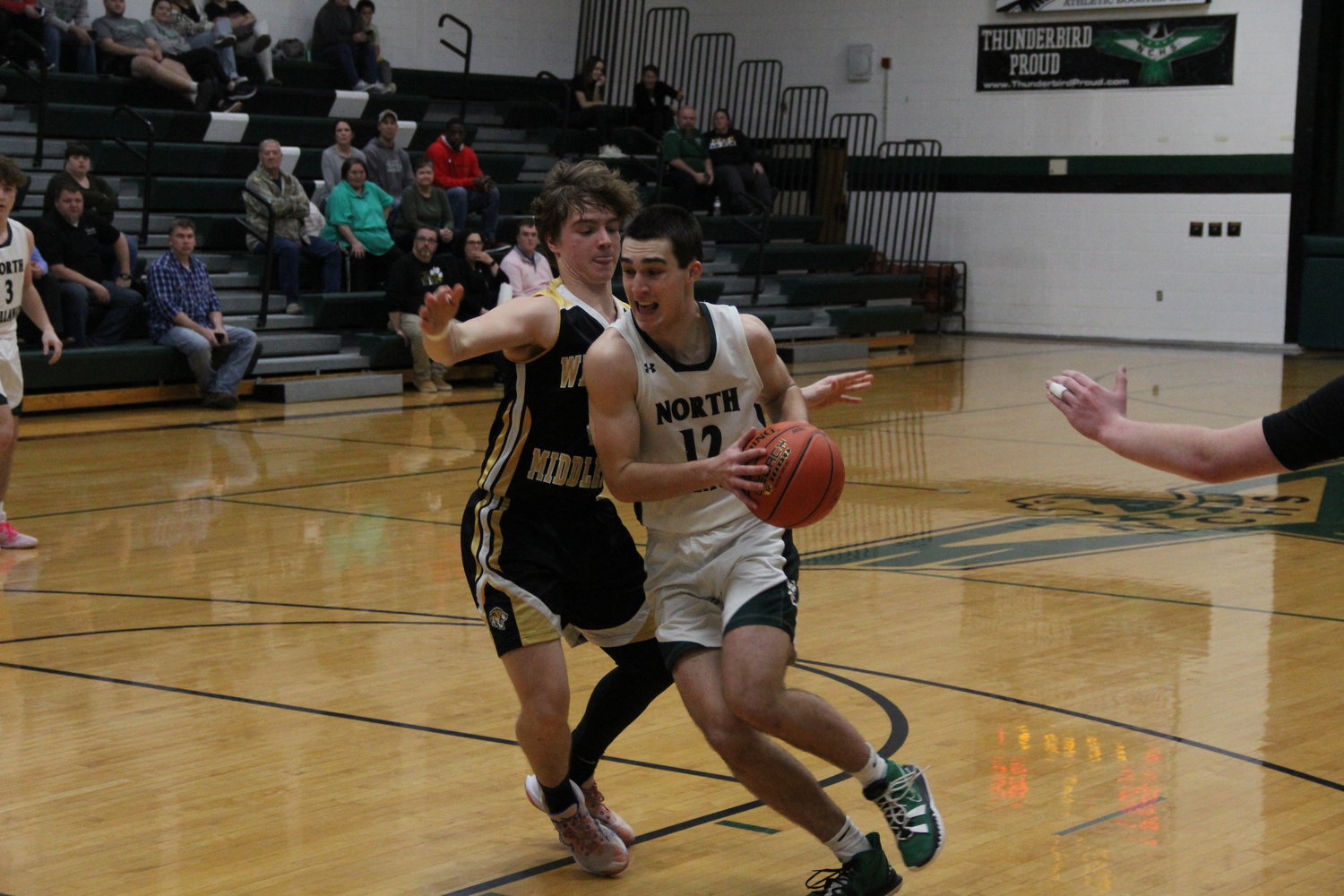 After missing the first five games of the season, Weber scored his 1,000th point and was on a shooting spree Tuesday at home in a 66-51 win against Eastern Missouri Conference foe Wellsville-Middletown. Weber scored a season-high 35 points while knocking down six 3-pointers and tallying a career-high seven steals.

Head coach Matt Miller said that combination of offense and defense from his leading scorer helped the Thunderbirds (10-6, 3-1 EMO) pull away from

Wellsville (5-7, 0-3 EMO) in the fourth quarter after maintaining margins of about eight points most of the game.

“When Matthew sees the ball go through the hole, he becomes a better defender,” Miller said while laughing. “Those two things played hand in hand tonight. He’s been scoring the ball pretty well, but he hasn’t really been shooting the ball all that great. I told him earlier today, ‘Just continue to take good shots within the offense and you’re going to start hitting them.’”

Miller said he knew Weber is capable of a game like Tuesday’s as the senior has been doing that for years. Mainly, Miller is happy Weber took good shots and wasn’t forcing much.

Weber said he was glad he was “in the moment” several times to give North Callaway key shots, including when Wellsville was as close as four points at 19-15 in the first quarter prior to Weber converting from deep.

“I really wouldn’t have had those open shots if it wasn’t for everybody out there,” Weber said. “I think the team played a big role, and I was just the one to hit the shots tonight.”

The difference lately for Weber — at least 20 points in three of five games — is he said he is “not thinking about shooting so much” and the shots have been just falling.

For the rest of the Thunderbirds, the shots were falling as well and needed to be to prevent the Tigers from cutting into the lead. Trenton Jones finished with 10 points, Sam Pezold had seven points, and Braydn O’Neal finished with six points, five rebounds, four steals and four assists.

Wellsville made it 36-28 at halftime after a layup by Jacob Mandrell, who had 10 points and 11 rebounds. At seemingly countless times, the Tigers were able to shrink their deficit to eight points until the fourth quarter, when North Callaway pulled away after going into the final eight minutes with a 49-38 lead following a Weber 3-pointer.

Logan Pursifull and Carson Huff were also big inside for the Tigers as they finished with 17 points and 14 points, respectively. Pursifull had 11 of his points in the first half but was limited in the latter half.

“I thought, in the second quarter, we played about as bad of defense as we could,” Miller said. “I challenged the boys at halftime, ‘We’re going to be able to keep up the scoring we felt like, but they’re going to hang around if we don’t play defense.’ We talked about controlling the paint — making them take tough 2s and tough jumpshots.”

In four of their previous six games, the Thunderbirds have scored at least 60 points and defeated three of those teams by at least 30 points. Miller said the recent scoring stretch could be because the team is getting deeper into the season.

“I think confidence and chemistry has a whole lot to do with it,” Miller said. “We’ve played 16 games now on the season. Guys have been in all those battles and have seen every defense a team could throw at you for the most part. We are taking the right shots within the offense, and basketball is about rhythm, confidence and chemistry. Right now, we’re doing a really good job.”

The North Callaway boys have been decisively defeating teams as of late.

The Thunderbirds won 83-36 on Jan. 6 at New Bloomfield and defeated Calvary Lutheran 72-38 in the first round of the South Callaway Varsity Tournament after that. Monday’s home game against Fayette resulted in a 71-33 victory — the third by a margin of at least 30 points in the past five games.

Head coach Matt Miller said the defense was especially stingy in the second half, and it was a team effort.

“We got contributions from a lot of players coming off the bench,” Miller said.

North Callaway (9-6) led 22-12 after the first quarter, grew its lead marginally 35-23 at halftime but then held Fayette (4-10) to five points in each of the final two quarters. The Thunderbirds outscored the Falcons 23-5 in the third quarter.