Bryson Regot of Mexico likes to hunt, fish and take care of his goats that he shows at the Audrain County 4-H Fair and Missouri State Fair.  He had a problem though. He had outgrown his … 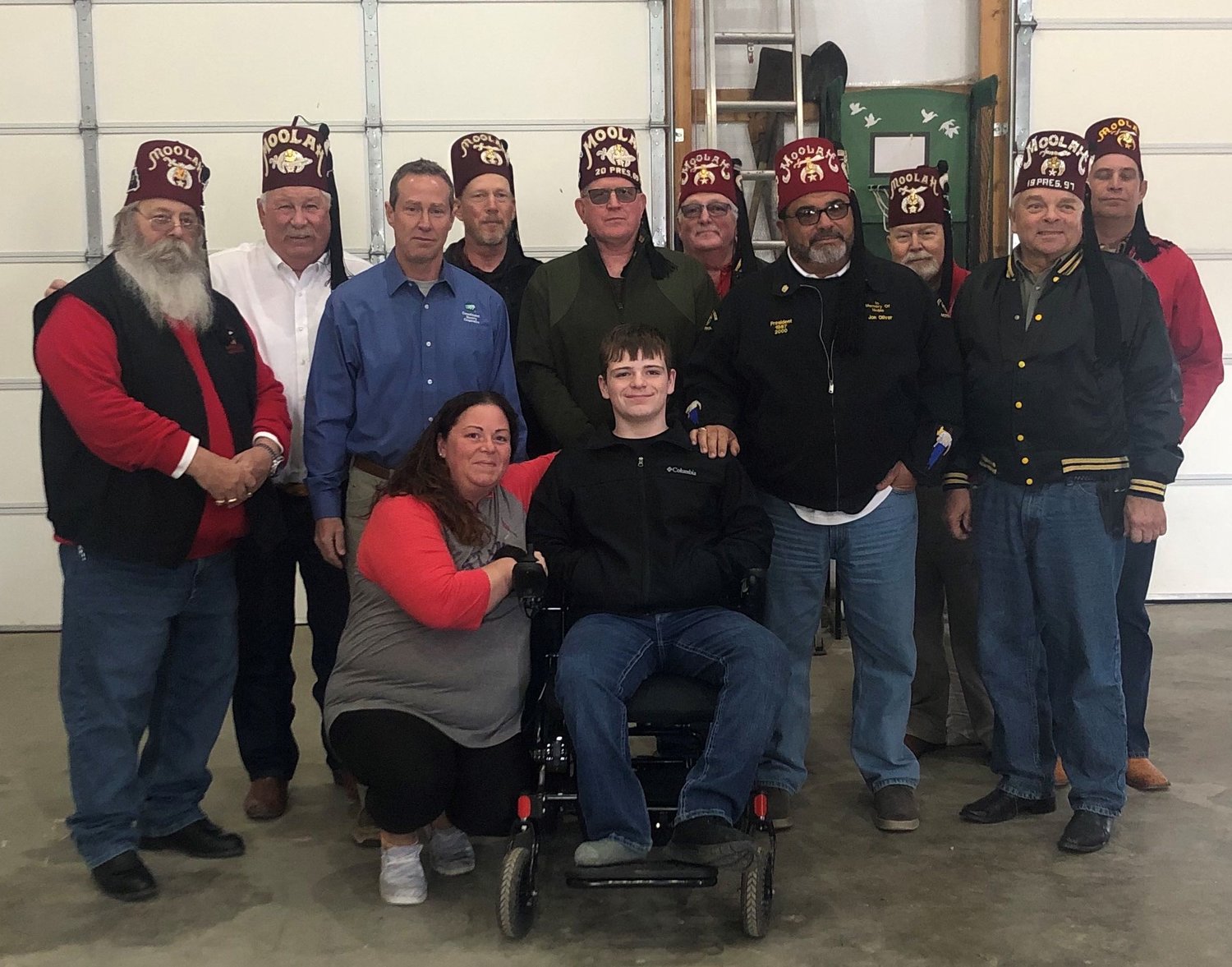 Bryson Regot of Mexico likes to hunt, fish and take care of his goats that he shows at the Audrain County 4-H Fair and Missouri State Fair.  He had a problem though. He had outgrown his wheelchair and it didn't get around very good on rough ground.

Bryson, who was born with spina bifada, has had many surgeries in his life already including eleven shunt replacements, an appendix and three leg surgeries.  He had outgrown his old wheelchair and the Little Dixie Shrine Club stepped in to help.  He needed an electric wheelchair that he could use to take care of his goats and show them at  the fairs.  Being an outdoor person he likes to hunt so he needed one that was able to traverse rough ground.

Noble Brad Hagan works for Consolidated Electric and was aware that the Company had it's charity called Consolidated Cares.  He contacted them about a grant for the wheelchair.  Consolidated Cares gave a grant of $1500 and the Little Dixie Shrine donated a little over $1500 to buy Bryson his new electric wheelchair which cost over $3000.

He was so proud of his new wheelchair he wanted to thank the Shrine Club and Consolidated Electric and show it to them.  Lynn Thompson of Consolidated Electric and several members of the Shrine Club visited his house and received thanks from Bryson and his mother Jamey.  Bryson operated the wheelchair and his mother showed them how fast it folded up and only weighed around fifty pounds.  He has plans to use it turkey hunting this spring, taking care of his goats and getting around better at school.