The Audrain County Farm Bureau board of directors and members heard updates from various local, state, and federal legislators during the annual Legislative Banquet.

The well-attended event was … 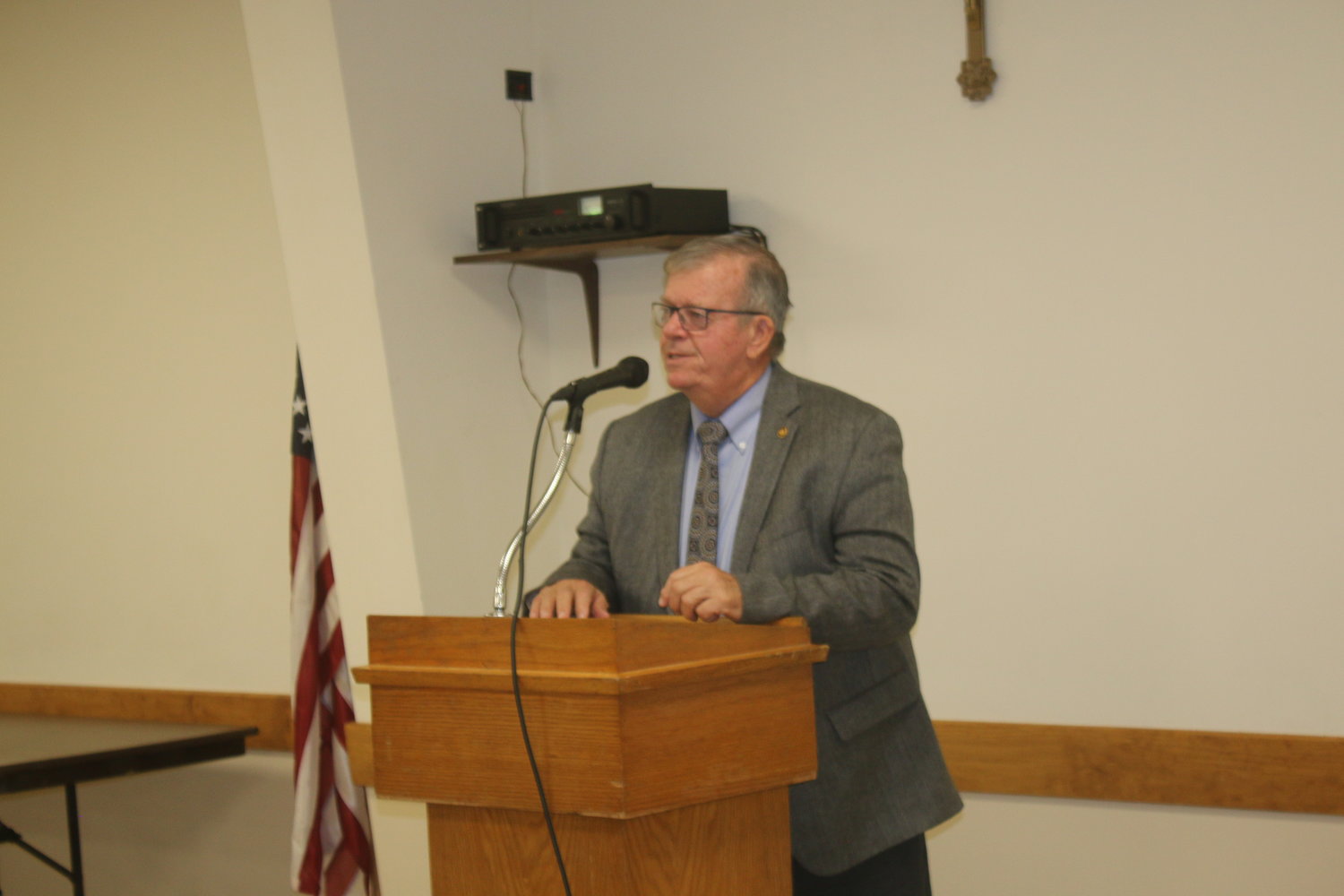 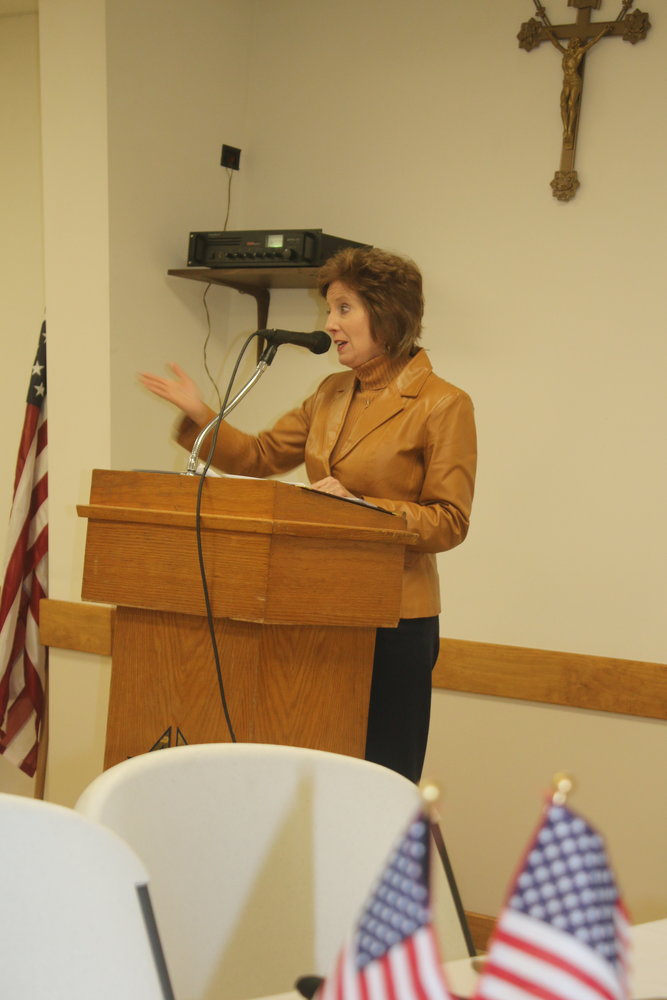 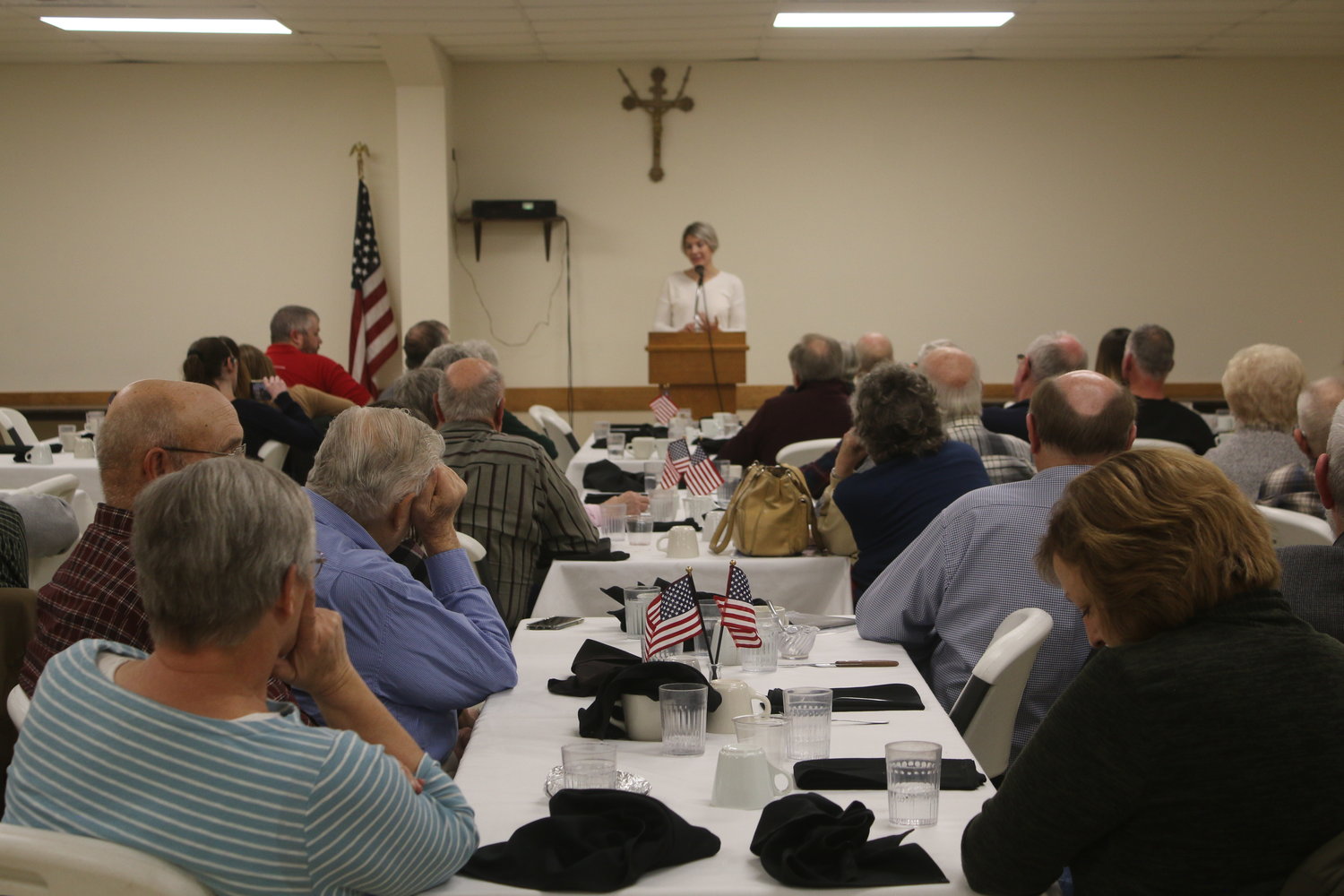 The Audrain County Farm Bureau board of directors and members heard updates from various local, state, and federal legislators during the annual Legislative Banquet.

The well-attended event was held at the Knights of Columbus Hall in Mexico on Thursday, Jan. 6. In attendance were local and state legislators, including Senator Josh Hawley's representative, Missouri State Representative Kent Hayden, and Missouri Congresswoman Vicky Hartzler. Audrain County Vice-President Brent Erisman thanked the legislators for being responsive to the Audrain County Farm Bureau.

The banquet offers an opportunity to share legislative details such as what role each person plays in the development of the area and the various stages a bill goes through before being passed.

The evening started with prayer before dinner was served. After attendees dined, Erisman introduced each official who would take the stage.

Spencer Tuma, Director of National Legislative Affairs, discussed bills affecting state and federal levels. Tuma reported that Washington is pushing a Build Back Better Bill proposal and stated that Farm Bureau is against the proposal due to many of the provisions contained in the legislation starkly contrasting with Missouri Farm Bureau policy.

"They say that the Build Back Better Bill is infrastructure but does not actually have anything to do with roads, bridges, ports, waterways, or broadband which are all things that are infrastructure," said Tuma.

Tuma concluded that Farm Bureau is focusing on broadband which will be a priority on the state and federal levels. The focus will be on the Eminent Domain Reform and renewal of tax credit programs at the state level.

Next, Missouri Congresswoman Vicky Hartzler discussed the major issues in Washington. "We went from energy independent to dependent," said Hartzler. Along with the energy crisis, Congresswoman Hartzler discussed the border crisis and economic crisis and how the Build Back Better Bill supports America's number one adversary, China, with new green deal provisions that will require and mandate more solar panels being bought.

Hartzler future explained that eighty percent of the solar panels are made in China.

She concluded by saying the farmers are the "fabric of America" and that the farmers provide the food, fuel, and fiber for the country. "I feel honored to be a representative, be a farmer in Congress and to fight for and speak up for the things that matter."

Ray Bozarth, a representative of Senator Josh Hawley, briefly stated that farmers have it hard due to taxes, when passing a farm on to future generations, and increasing prices. Bozarth said, "It seems like there are folks who just want to stop your way of life."

He went on to state that there are no problems with farmers, "We need to turn y'all loose so you can do what you do best."

State Representative Kent Hayden shared how important it is to have people representing farmers with agriculture understanding and discussed the agriculture bill passed last year.

Audrain County Farm Bureau Vice President Brent Erisman concluded the meeting by thanking everyone in attendance and stating that the meeting has been around for a long time and that there is always a good attendance from national down to local levels.