Ready for another postseason home game?

Then ready your long johns, because the Bulldogs push to state continues after they rolled to a 50-19 win at home over Eldon Friday night. Eldon got on the … 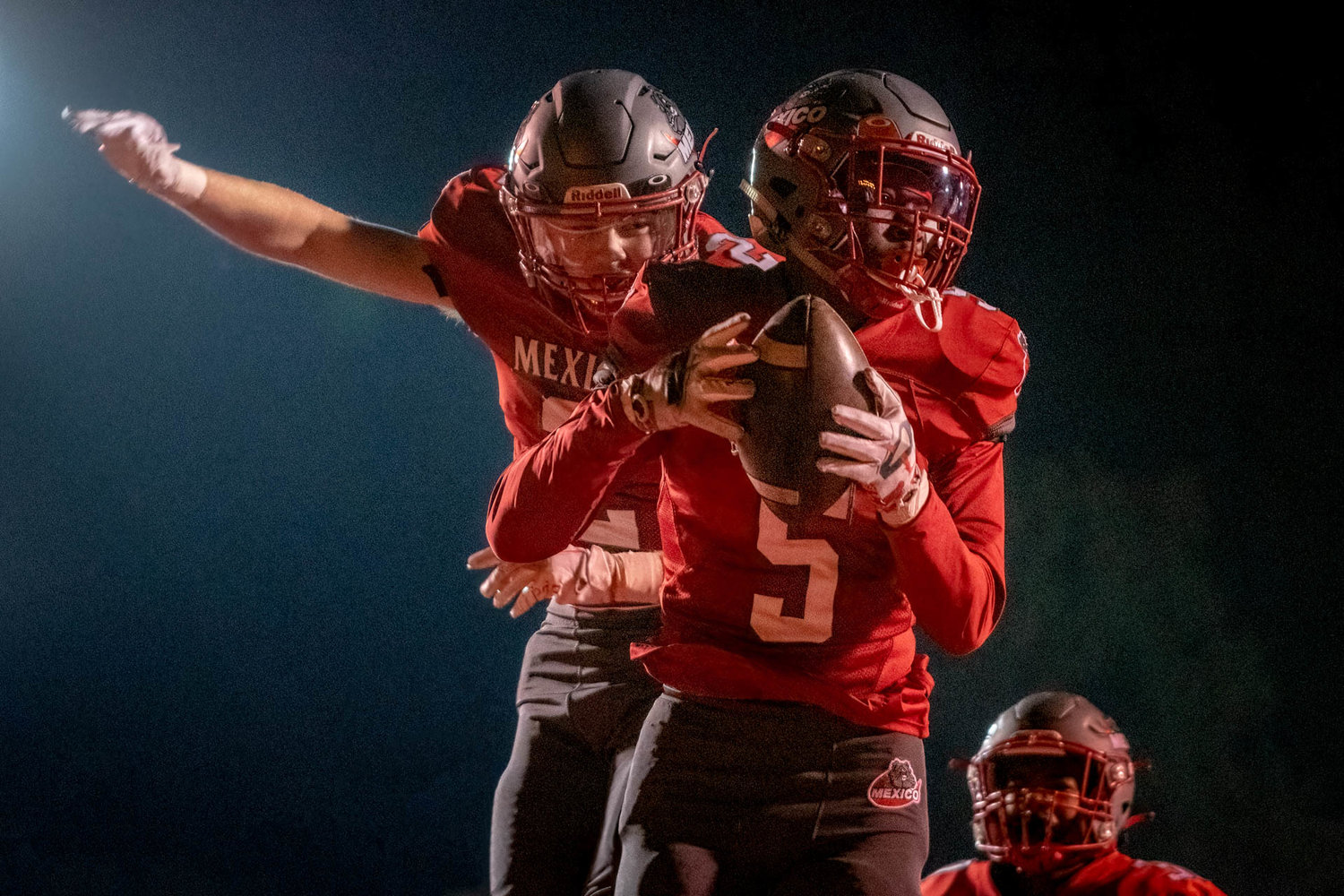 Ready for another postseason home game?

Then ready your long johns, because the Bulldogs push to state continues after they rolled to a 50-19 win at home over Eldon Friday night. Eldon got on the scoreboard first, but the Bulldogs would answer, and answer often. Ty Sims capped off a 60-yard drive as he ran it in for the first Bulldogs score and after an Andrew Runge extra point, the game was knotted at 7-7. Mexico would take over from there, scoring 23 points in the second quarter, carrying a 30-13 lead into the half. The Bulldogs defense held Eldon scoreless in the third quarter and took a 37-13 lead into the fourth and ultimately on to the decisive win.

The Bulldog running game enjoyed another big night, racking up 404 yards, compared to 83 for Eldon.

Anthony Shivers led the Bulldogs with 187 yards rushing on 13 carries, with three touchdowns. Runge had 100 yards on 17 carries and MIchael White had 81 yards on seven. Contributions also came from Jaden Hatfield, 29 yards and a touchdown; Sims had a touchdown as did Kendyr Taylor.

Eldon had the edge on passing yards, 170-44. Michael White led the Bulldogs with 44 yards receiving and a touchdown.

Connor Johnson and Andrew Runge each had an interception.

Coach Steve Haag points to some key plays from Runge that helped early.

Defensively, the Bulldogs controlled the Eldon run game and were dominating in the second half.

“I think our physicality on both sides of the ball wore them out and it showed in the second half,” Haag said. “That has always been our plan to win the second half with our style of play.  That worked on Friday night.”

With good reason, the Bulldogs running game gets a lot of attention, but its success starts with the line, which has provided backs with room to roam.

“Our line has done a great job,” Haag said. “They are all seniors and juniors which helps. We still need to improve even in week 12.  But if we can get off the ball like we have the past couple of weeks it should stress defenses.”

With the win, the Bulldogs (8-2) continue their postseason push and will host Blair Oaks (9-2) Friday night in the district finals matchup. Blair Oaks has been an offensive machine in 2021, averaging over 57 points a game. They are coming off of a 64-38 win over Boonville.

Keys to defeating the Falcons?

“Limit penalties, no turnovers, ball control with our offense, and continue to play physical,” said Haag. T”hey have a great offense and their QB is phenomenal. We know they are going to land some punches, but we need to be prepared to counter punch and land some big blows ourselves.”

Around town, Bulldog Fever is becoming infectious and the Village Square Association emailed local businesses Tuesday morning, encouraging them to decorate their windows in support of the Bulldogs.