Centralia’s ground game has been getting better as more holes have opened. 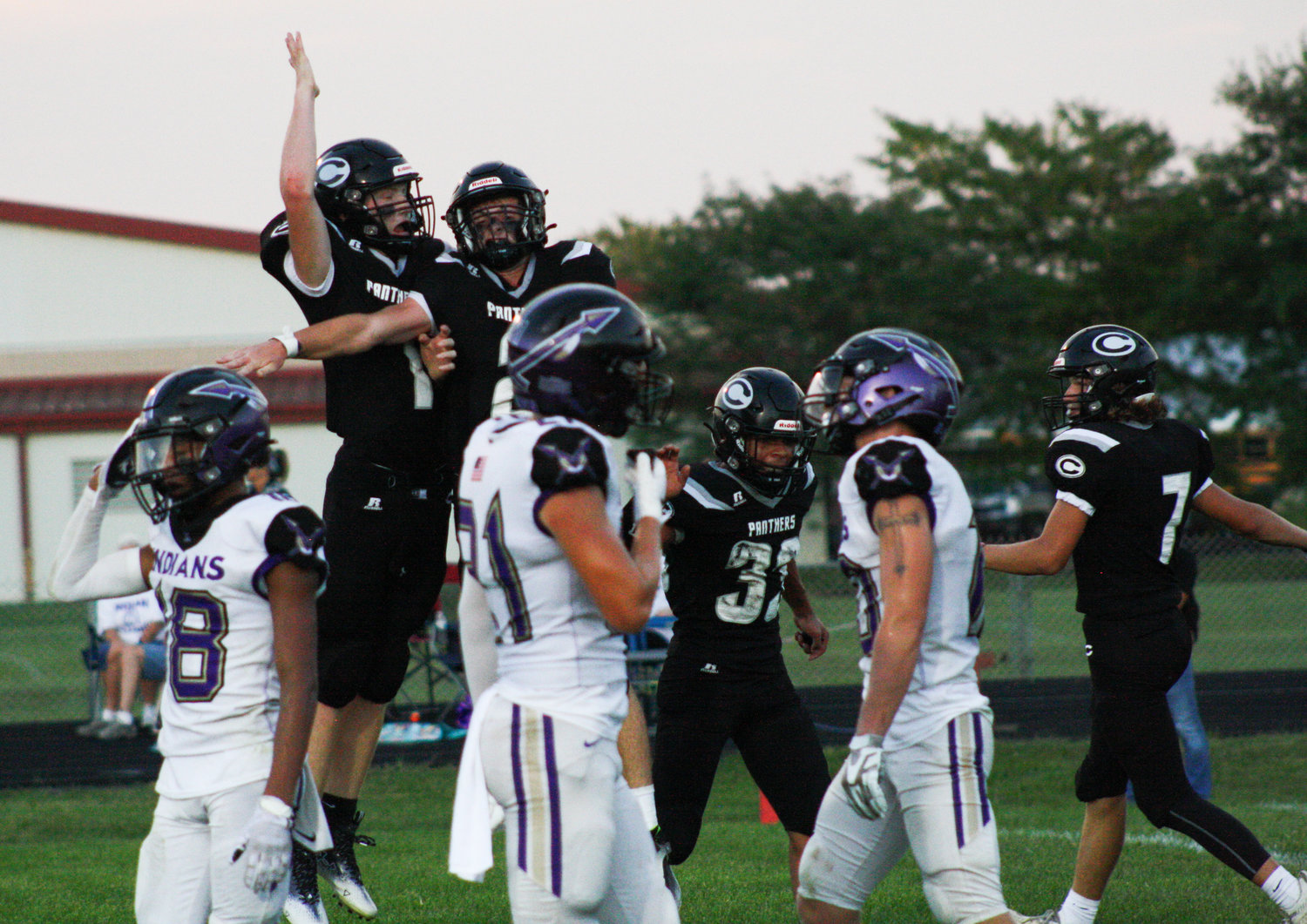 Centralia’s ground game has been getting better as more holes have opened.

The Panthers’ offensive line blocked in front of a cadre of runners that amassed a season-high 309 yards on 50 carries for a season-best 455 yards of total offense. Kyden Wilkerson led the way for the fourth straight week, running for 122 yards and three touchdowns on 18 carries, but three other Panthers averaged at least five yards per carry.

Quarterback Cullen Bennett had 146 yards on seven completions through the air but also ran for 93 yards and a touchdown on 12 carries. Breylen Whisler had the other touchdown for Centralia in his 36 yards on six carries, and Brayden Shelton finished with 54 yards on 11 carries.

Head coach Tyler Forsee said Bennett had his “best game running the ball” at quarterback, and the offensive line stacked with six players – with Jack Romine or Jesse Shannon functioning as a moving halfback – opened up the holes that several players were able to find.

“Our ground game looked good right from the get-go,” Forsee said. “We’ve got a good group of guys (on the offensive line) that do a good job of talking, communicating, and getting their blocks done. No matter who we put back there, they’re looking good running the ball.”

Bennett gave Centralia points right before the end of the first quarter with a 32-yard run. Centralia’s defense had one of its four turnovers turned into points as Jesse Caballero forced a fumble that was recovered by Romine for a touchdown. Two short running scores from Wilkerson made it 26-8 at halftime.

“We did a good job keeping our composure and swarming the football,” Forsee said. “We did have some missed tackles we need to work on, but I thought we executed on both sides of the ball pretty well.”

Centralia (4-0, 2-0 CCC) hosts Class 1 No. 1 Monroe City (4-0, 2-0 CCC), who defeated South Shelby 46-8 at home in Week 4 and hasn’t allowed more than 13 points in a game this season. The Clarence Cannon Conference foe and reigning district champion Monroe City defeated Centralia last season 44-6, so Forsee knows it will be a tough task for the Class 2 No. 6 Panthers.

“We will have our challenges – there’s no doubt about that,” Forsee said. “We’ll have to be ready to go from the get-go.”

The Centralia boys packed the top 30 Saturday in Fulton.

The Lady Panthers dropped the previous two games against their Clarence Cannon Conference opponent — both one-run losses — going into the game but sealed victory with a six-run sixth inning. Jozelynn Bostick, Makenzi Adkisson and Ellie Page each gave Centralia plenty of insurance to back up the seven innings of four-hit, three-hit and seven-strikeout ball thrown by Kaelyn Walters.

After three scoreless innings, three Lady Panthers scored on an infield error in the fourth inning and another was added to give Centralia a 4-0 lead. A hit by pitch came around to score for Monroe City on a single in the sixth inning to cut the lead to one.

Bostick put the ball in play with the bases loaded in the bottom half of the sixth inning to score two runs, Sontheimer walked to reload the bases and Adkisson fired off a double for a 9-3 lead.

Centralia didn’t win its second home meet but mainly because of the play of one girl.

Kirksville’s Addy Davis shot a 39 to become the medalist by 11 strokes, besting two of her teammates. Centralia finished second behind Kirksville after shooting a 225, trailing Kirksville’s 193.

Tess Stephens had the Lady Panthers best score at 51 followed closely behind by Bailey Pace’s 53. Olivia Morris had a 60, and Kyla Spickert shot a 61 to round out the team score. Cami Moser was close behind with a 62.

Clarence Cannon Conference foes Macon and Monroe City each had three golfers compete at the meet, with Macon’s Madison Hessel shooting a 51 and Monroe City’s Kyndal Benson having a score of 58 to lead their respective teams.

Centralia participated in the Harrisburg Scramble on Tuesday with the host Lady Bulldogs, Salisbury and Hallsville before it plays in the Salisbury Invitational today.