Brooke Costley hasn’t forgotten where she came from.

Costley has made stops in Kansas, North Dakota and now Texas as she is the newest addition to the Texas A&M Commerce coaching staff, … 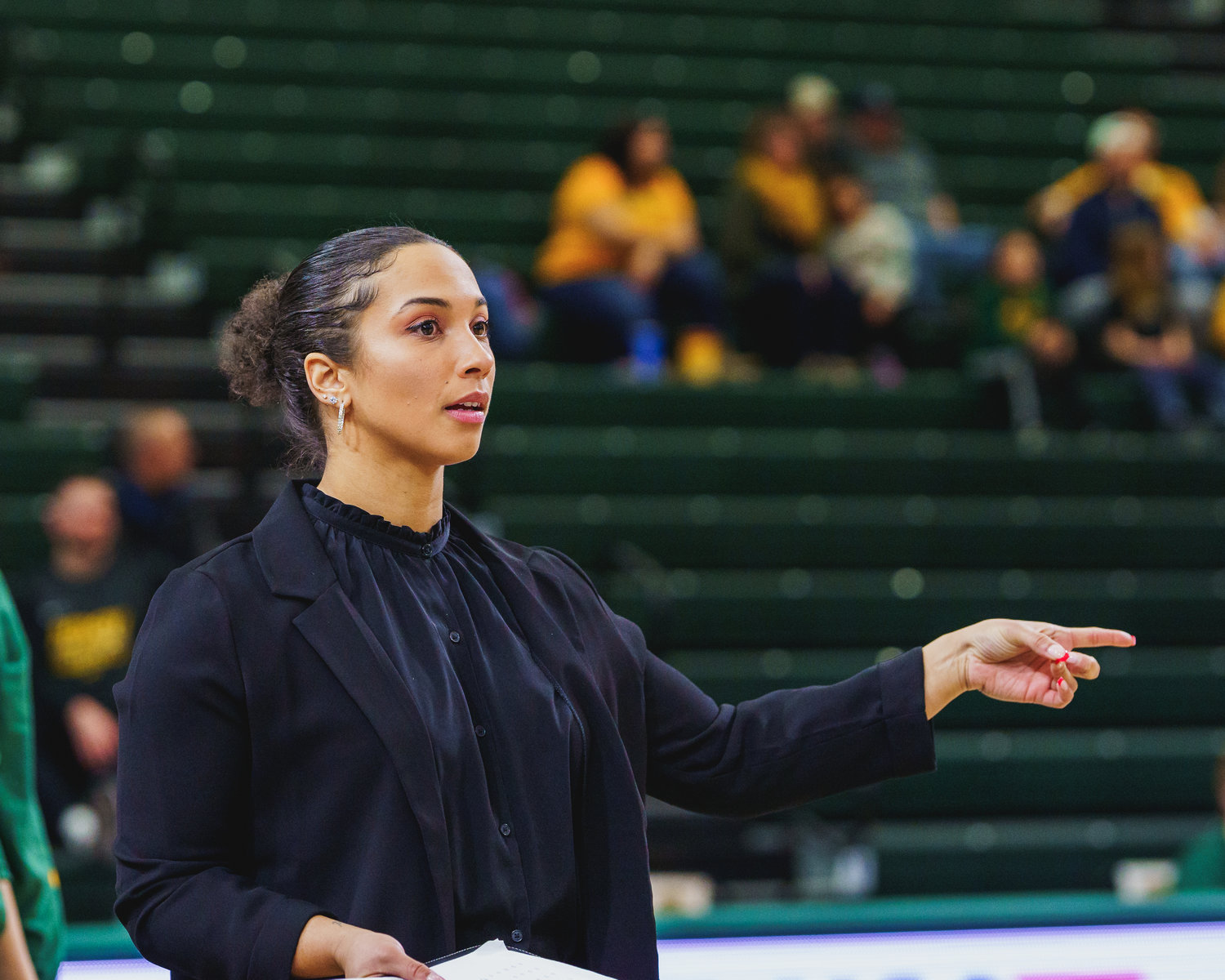 Brooke Costley hasn’t forgotten where she came from.

Costley has made stops in Kansas, North Dakota and now Texas as she is the newest addition to the Texas A&M Commerce coaching staff, but her days as a Lady Bulldog and growing up in the Mexico area gave her some inspiration long before she made a home on the sidelines, she said.

“When I was in high school, I knew that coaching was my path. I knew that’s what I wanted to do,” Costley said. “I just tried to learn as much as I can. I’m a watcher. I’m a visual learner. I am quiet, but I am observing a lot of the time so that’s what I did a lot growing up.”

Costley said there were some key figures in her past such as Mexico-native Tyronn Lue, the 2016 NBA championship coach for the Cleveland Cavaliers and current head coach for the Los Angeles Clippers, as she recalled him helping start her AAU team the Missouri Phenom. Terry Nooner was another figure that made an impression on the young Costley as the current associate head coach of the Kansas University women was Costley’s AAU coach.

“He’s also someone that helped me fall in love with the game,” Costley said. “He was just very personable, just a fun coach. I never had a moment where I was like, ‘I don’t love the game.’ He really just brought that out of me. I didn’t know what he was doing at the time, but now I know why he did that. It all makes sense now.”

Costley’s father and high school coach, Mexico girls basketball head coach Ed Costley, said he has obviously followed Costley’s journey after high school and has stayed in contact with her. He said he likes how she has progressed as she joins a program in his home state that is coming off seven straight winnings seasons — three of previous four with 20 wins.

While it isn’t a surprise to him that his daughter is doing well, Ed Costley said he didn’t expect and didn’t train Brooke in becoming a coach. She just seemed to have a knack for it judging by her play on the court as Mexico’s point guard and from what he noticed about her when she was growing up.

“I don’t know if I ever thought about, ‘How do we groom her to be a coach?’” Ed Costley said. “It probably never really crossed my mind. Just thinking back, I can remember moments on the floor where she just had a knack of seeing things and doing things. I’m like, ‘Well, I would have never saw that, but that was a good decision.’”

Ed Costley said there were other times off the floor where Brooke showed how unique she was and her fascination with coaching. When he and Brooke went to a women’s Division I Final Four that oftentimes included University of Connecticut and University of Tennessee, the other children were trying to get autographs from the players but not Brooke.

“Everybody was trying to get autographs from the UConn women and Tennessee players, but Brooke was too busy watching Pat Summitt and Geno Auriemma have a conversation so she could care less about the players,” Ed Costley said. “At about 8-10 years old, she’s a little bit different how she looks at different things.”

Brooke’s people-watching can be traced back before even then, she said. Before observing coaches like Summitt, Auriemma and Nooner, Brooke said had great inspiration from her father. Ever since she was three years old, Brooke remembers being on the sidelines with her father. Ed Costley was coaching in Bunceton — a small Missouri town 18 miles from Boonville. She couldn’t comprehend what was going on back then but started to figure things out more when she was coached by her father.

Brooke acknowledges it was challenging at first being a coach’s daughter as she initially thought he was being especially hard on her but now realizes that was out of love and because he expected a lot from her. Her being asked to operate regularly outside her comfort zone by her father is a big reason why she is here, Brooke said, so she is thankful for that.

“You just learn so much more about yourself when you take that leap,” Brooke Costley said. “Looking back, I’ve taken a lot from my dad — a lot of drills. The drills we were doing in high school are still drills we are doing in college.”

Brooke Costley left her mark on the Lady Bulldogs’ program she earned all-conference honors in the North Central Missouri Conference three times and is still the single season record holder in assists and free-throw percentage. But, even though she excelled at the high school level, she said her father helped her adjust to stiffer competition in the AAU program.

Even off the court, Brooke said her father still liked to push her out of her comfort zone like when she first attended college at Emporia State University in Kansas, where she played for the NCAA Division II Hornets. She recalls being homesick, but her father insisted she stay up there the first month to get accustomed to the new environment.

Whenever Brooke is home nowadays, she said she finds comfort in the conversations she has with her father. Yes, they do talk about basketball but enjoy discussing topics such as reading as Brooke likes to share lessons from works from John Maxwell, for instance, to help with team cohesiveness even outside of sports.

In fact, Brooke is becoming more comfortable with conversation in general. While on-court aspects like play-calling are still important, Brooke Costley said she has realized that is just 10 percent of the game with the rest of it being taken up by the relationships with the players. She does acknowledge she was a more introverted person that didn’t like to say much.

“Being with this staff, with Jason Burton, is going to help me get out of my shell a little bit,” Brooke Costley said. “Just be more vocal.”

“What she has learned and gotten better at is more of her communication skills and talking,” Ed Costley said. “I can think back to high school when she was getting a lot of calls from college coaches. There were a lot of schools that were concerned about her not being very talkative on the phone when they were recruiting her, but I think now she’s learned to understand how to communicate. Now she’s learning how to have those one-on-one conversations. She walks into a gym and is quick to talk to a kid when they’re recruiting or whoever it is.”

Funnily enough, it was a long conversation with the Texas A&M Commerce head coach that convinced Brooke Costley that she would be a good fit for the Lions’ coaching staff. She recalls speaking with him for 40 minutes in that initial interview before having follow-up conversations that made her feel the Texas school was the right place for her.

She joins a program that enters its first season as a NCAA Division I program after being an assistant at a Division I school the previous three years at North Dakota State University. Being at a Division I school means student-athletes have to be ready to put in more work, Brooke Costley said, but the women currently there seem up to it.

As for herself, Brooke Costley said she is ready for the next stage in her life that she hopes will eventually include being recognized as one of 30 women’s coaches under 30 years old to watch by the Women’s Basketball Coaches Association and being a head coach. For this season, she and the Lions want to earn some recognition.

“We’re all here for the same goal and that’s to win a championship but also for the athletes to get a degree as well,” Brooke Costley said. “I’ve only been here for a week. You can just tell that they’re excited, they’re just eager, and they’re just ready to get back to work. The energy has been great so far.”