Mayfield will play the game at the next level after signing with NJCAA Moberly Area Community College, who added … 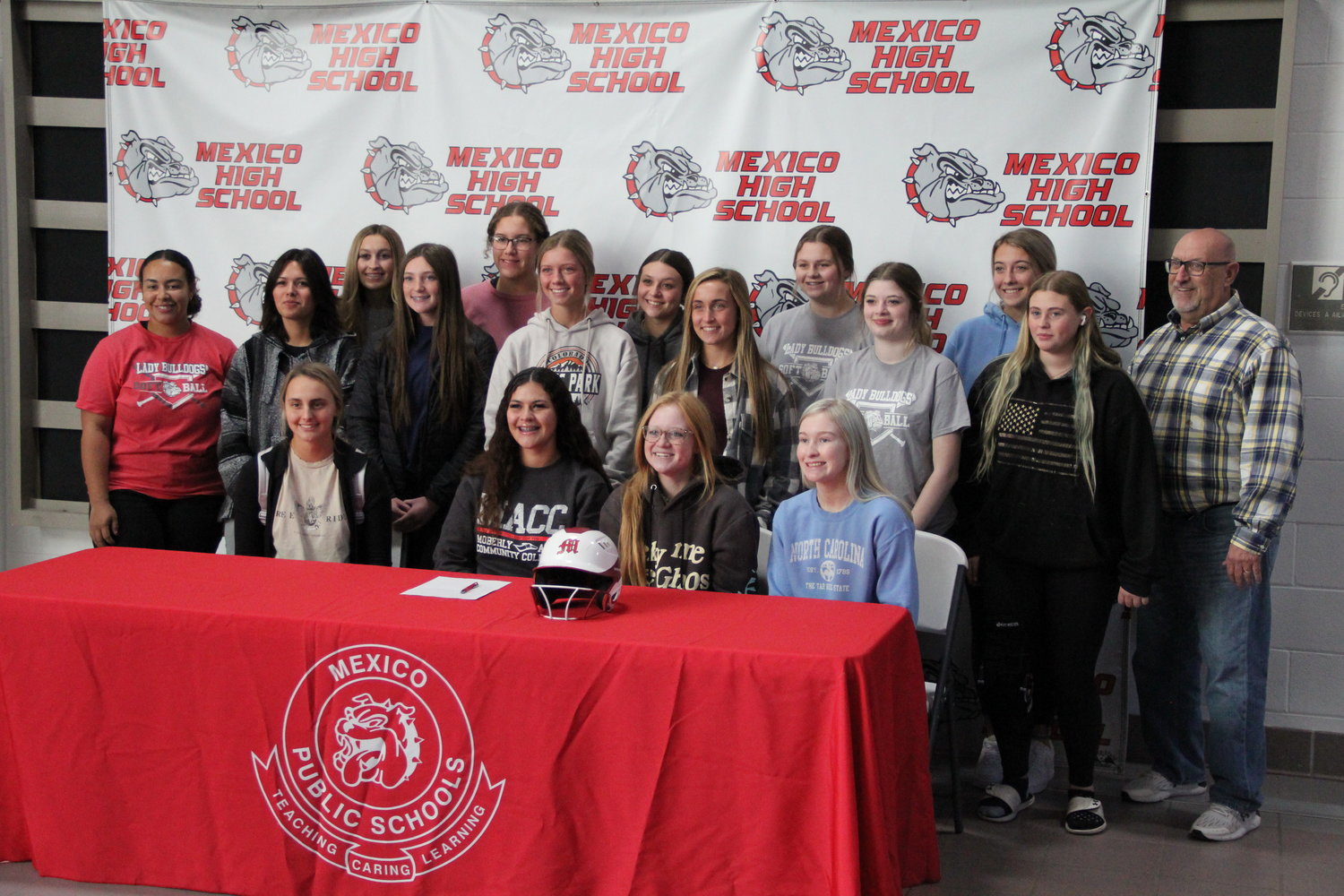 Mayfield will play the game at the next level after signing with NJCAA Moberly Area Community College, who added the sport last fall and resides in Region 16. The Lady Bulldog senior signed her letter of intent in a ceremony Friday at the Mexico Sports Complex.

Mayfield didn’t play her junior year but returned as the team’s No. 1 pitcher this season and performed to an all-district season, compiling a 2.74 ERA, a 14-4 record, 55 strikeouts and 22 walks in 89 1/3 innings.

Mayfield said she plans to major in surgical tech and is looking forward to playing with the Greyhounds and two of her travel teammates who had already signed, Boonville’s Emma West and Moberly’s Madyson Klostermann. Centralia’s Abby Reed and Paris’ Gracie Hatton are also among the players who have chosen MACC.

“The coaches are really nice,” Mayfield said. “They’re a good overall team, they have the major that I want to study and I’m not too far away from home.”

Mayfield said taking a year off made her realize how much she needed softball in her life, and she ultimately became a better pitcher because of it.

Head coach Curt Riley started with the program this year and said Mayfield’s year was “a little bit slow” early in the season, but she became someone Mexico could rely on and keep the Lady Bulldogs in the game so the offense could rally. The Lady Bulldogs posted their best record (19-13) in three years and posted its lowest runs against average (5.1 runs per game) in that many seasons.

“A lot of times, when you take a year off, you struggle to get back in the flow of everything,” Riley said. “She started to get a lot stronger and pitched a lot of great softball for us this fall. She earned this. She did the things we needed her to do to keep us in ballgames.”

Riley said it is great for the program whenever a kid signs to play sports in college, but Friday was probably more exciting for Mayfield after the previous two years.

As for what she does next, Riley is confident Mayfield will be an asset for the Greyhounds based on what she displayed as a Lady Bulldog.

“She’s a tough kid and a hard-working kid,” Riley said. “Hard work doesn’t scare her and she’s a competitor. In order to be a pitcher, you got to be a competitor. You got to want to compete at the highest level. I think Eboni’s got that in her and taking that year off might have helped her mentally just by showing her this is something she really wants to do.”

Mayfield does wish the season didn’t end as quickly but is glad she had one more year in the Mexico dugout.

“I love playing with my teammates,” Mayfield said. “I’m definitely going to miss that.”