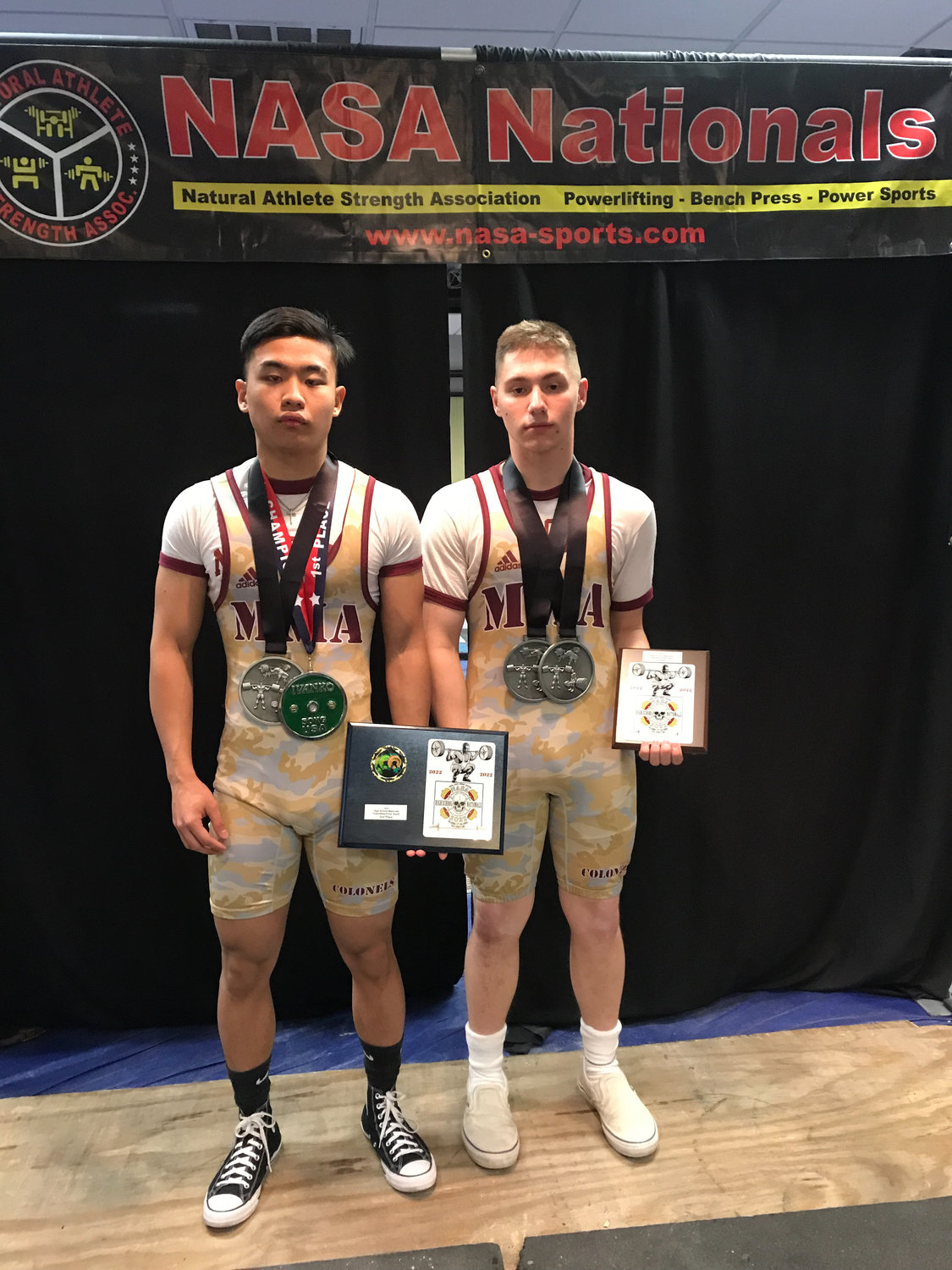 Wang placed first in his division in power sport and push-pull, while finishing second in full power. He is a senior high school cadet from St. Clair, Michigan, the son of Qiu Hua and Zeng Nuan Wang.

Sangster placed first in his division in power sport and push-pull, while finishing third in full power. The son of Jennifer Harrison, he is a senior high school cadet from Las Vegas, Nev.

“Our lifting team has grown over the past three years, and we were able to complete several times this year with the easing of COVID restrictions,” said MMA strength coach Thomas Allen.  “Cadet Wang and Cadet Sangster have both worked hard in the weight room and have given our younger cadets great role models to follow.  We are very proud of them in their efforts and accomplishments.”

Any high school cadet in good standing can participate in weightlifting, open from 2030-2120 Monday-Thursdays (after study hall) with Coach Allen.

NASA is in its 38th year of hosting nationals for high school students from across the continental United States.  Wang and Sangster, both senior high school cadets, qualified for nationals at the Missouri State High School Meet in Trenton, Missouri on January 22.