Kevin O’Neal is settling into coaching as if he never stopped. 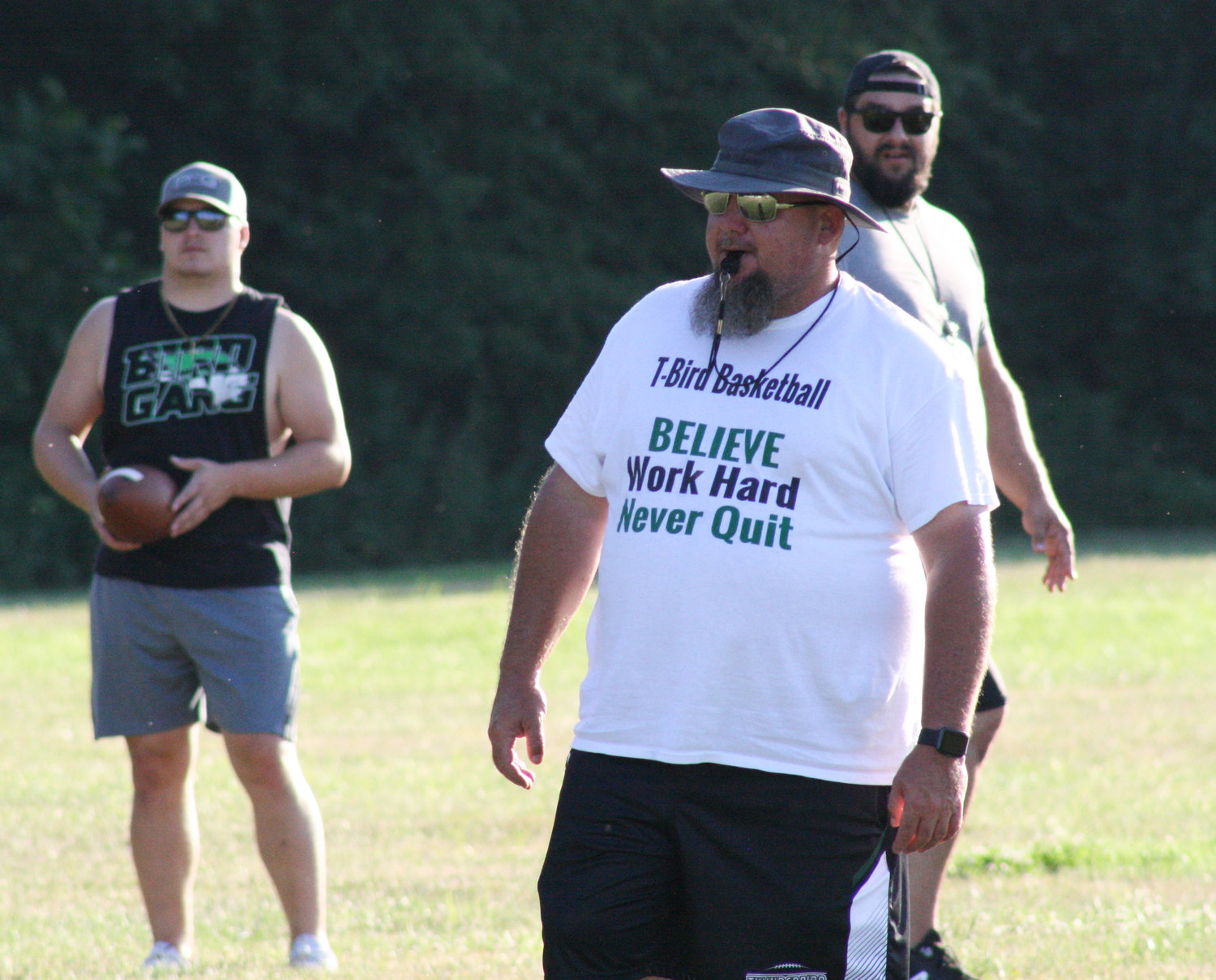 Kevin O'Neal returns as the North Callaway football head coach after three years due to him becoming accustomed to his duties as activities director. O'Neal missed being on the field during practice to develop children into good people and football players.
Jeremy Jacob Photo
Posted Wednesday, July 27, 2022 9:54 am
By Jeremy Jacob, Sports Editor

Kevin O’Neal is settling into coaching as if he never stopped.

The current activities director was on the field during the Thunderbirds’ football summer camp that began July 18 and will last through July 29, stepping in as the program’s third head coach in as many seasons. It is also the first time since 2018 that he has been on the sidelines as he scaled back his workload when he became the activities director.

After spending some time with the players through camps and open fields in the weeks prior, O’Neal realized just how much he missed coaching football, even the act of practicing.

“I forgot how much I missed practice and missed being out here with the guys, working through all of the little things and making them better as men and better as football players,” O’Neal said. “It gives me the opportunity to break down the game of football, do all the little things with these guys and teach them why we do what we do.”

O’Neal was the North Callaway head coach for five seasons from 2014-18, when the Thunderbirds went 36-20 including an 11-2 season in 2017 that earned him coach of the year honors in the Eastern Missouri Conference and the district. Prior to that, the 1994 North Callaway graduate was the offensive coordinator for the Thunderbirds from 2006-13 and the co-defensive coordinator in 2000, and filled multiple roles for Westminster College in Fulton from 2001-06.

“It’s awesome to have former players come back and work with me,” O’Neal said. “They know what I expect out of these guys and they do a great job with them.”

Even though football will take up more of his time, O’Neal assures he still will serve in the athletics department with the same passion as he has the previous three years. Just like his football staff, O’Neal has people he can rely to cover the slack for administrative duties who have shown the same passion for North Callaway athletics.

In about the 20 years O’Neal coached football prior to this year, he said he never had the chance to watch a softball game but has obviously done so as the activities director. Even though that sport coincides with football season, he would like to show them support by scheduling some Thursday practices sooner so he can attend games, for example. He said he holds all North Callaway sports in the same regard.

“Time management is obviously going to be a huge thing,” O’Neal said. “I don’t want the other sports at North Callaway to think I neglect them at all.”

O’Neal said North Callaway has many things to fine-tune at this point prior to its first game at 7 p.m. Aug. 26 at Westran. He wants the Thunderbirds to get the timing on offense down as he is reintroducing the power-gap-scheme offense he ran prior to his hiatus. Defensively, they should be the same.

“I don’t take anything for granted now that I am back in it and am excited that I’m back in it,” O’Neal said.