Paris was no-hit this week, but that was sandwiched between victories against district opponents.

The Lady Coyotes began the week by defeating district foe Madison 17-1 on Monday, was no-hit by … 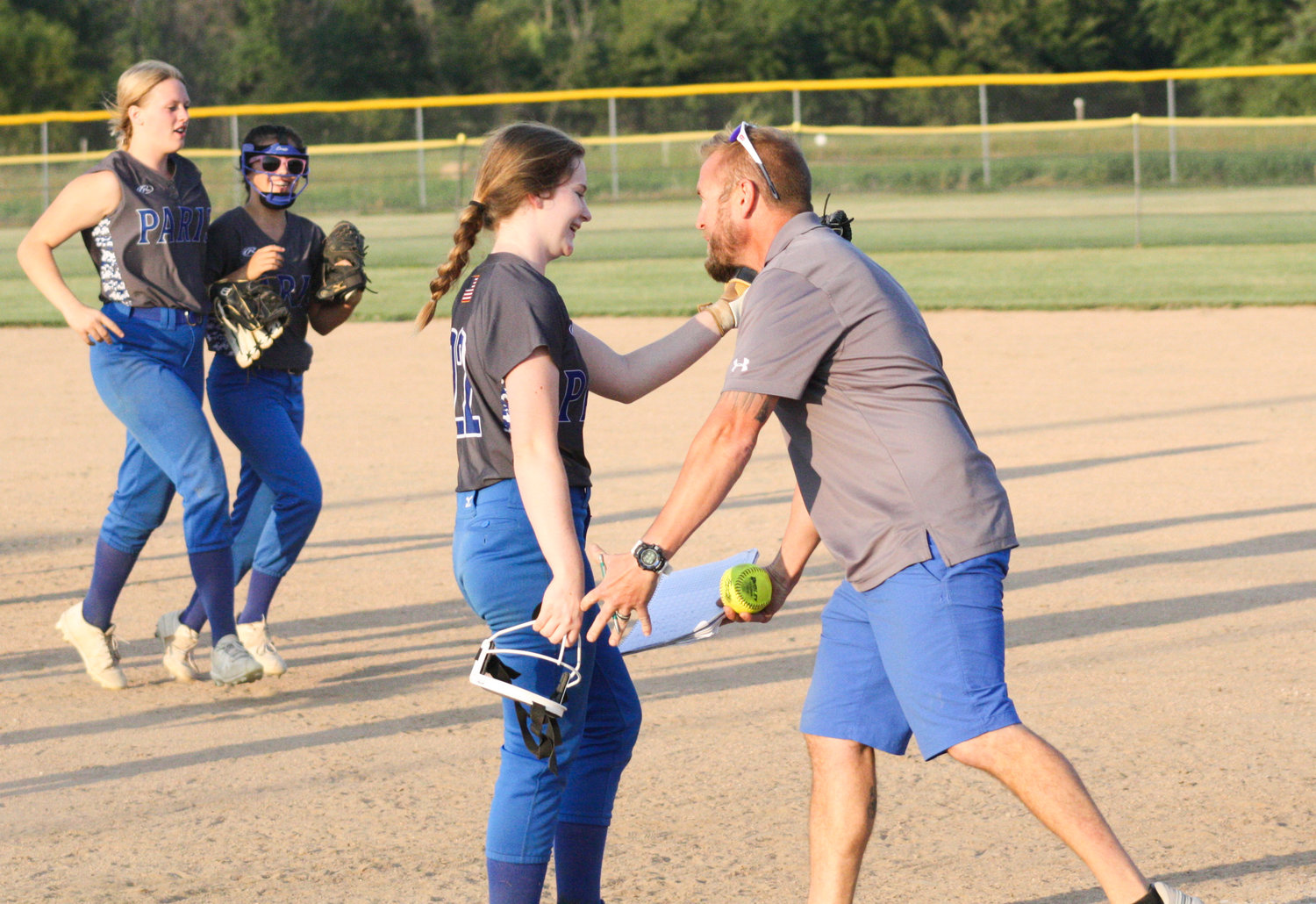 Paris was no-hit this week, but that was sandwiched between victories against district opponents.

The Lady Coyotes began the week by defeating district foe Madison 17-1 on Monday, was no-hit by Lewis and Clark Conference foe Fayette 11-0 on Tuesday and won another district game against conference rival Westran 5-3 on Thursday. Kennedy Ashenfelter pitched 18 innings in the three games while striking out 26, and Emma Ashenfelter had three RBI and was on base in every game.

Kennedy Ashenfelter struck out 10 while allowing three hits and three walks against Westran, snapping a 12-game losing streak against the Lady Hornets that started after the Lady Coyotes defeated them 11-1 in 2009. Emma Ashenfelter and Jaclyn Shoemyer each had two RBI, with Shoemyer finishing 3-for-3. Sophia Crusha went 3-for-4, and Knightlee Mitten had two hits and two stolen bases.

Reese Sutton led the offense against Madison, finishing with three RBI, Kennedy Ashenfelter had two RBI, Rachel Shoemyer went 3-for-4 with one RBI, and Emma Ashenfelter had a triple and an RBI. Ashenfelter not-hit Madison in five innings while allowing an earned run and walk and striking out 11.

Paris had three runners finish in the top 15 — Mairyn Kinnaman and Alexandra Tullius for the girls and Landen Chapman for the boys — in the Moberly Invitational.

Halle Rossen was the best for Paris on Wednesday.

She shot a 61 for the Lady Coyotes, who finished last in a quad meet in Harrisburg against the host Lady Bulldogs, Cairo and La Plata. Paris finished with 258 points, Harrisburg won with 193 points, Cairo had 208 points and La Plata only had two golfers so no team score.

Riley McKinney was close behind Rossen at 62 points, Miranda Billings shot a 66 and Gracie Henry had a 69 to round out the team score.

Harrisburg’s Vivian Eaton won the individual competition after shooting a 47.

Paris competes in a quad meet in Macon on Wednesday.