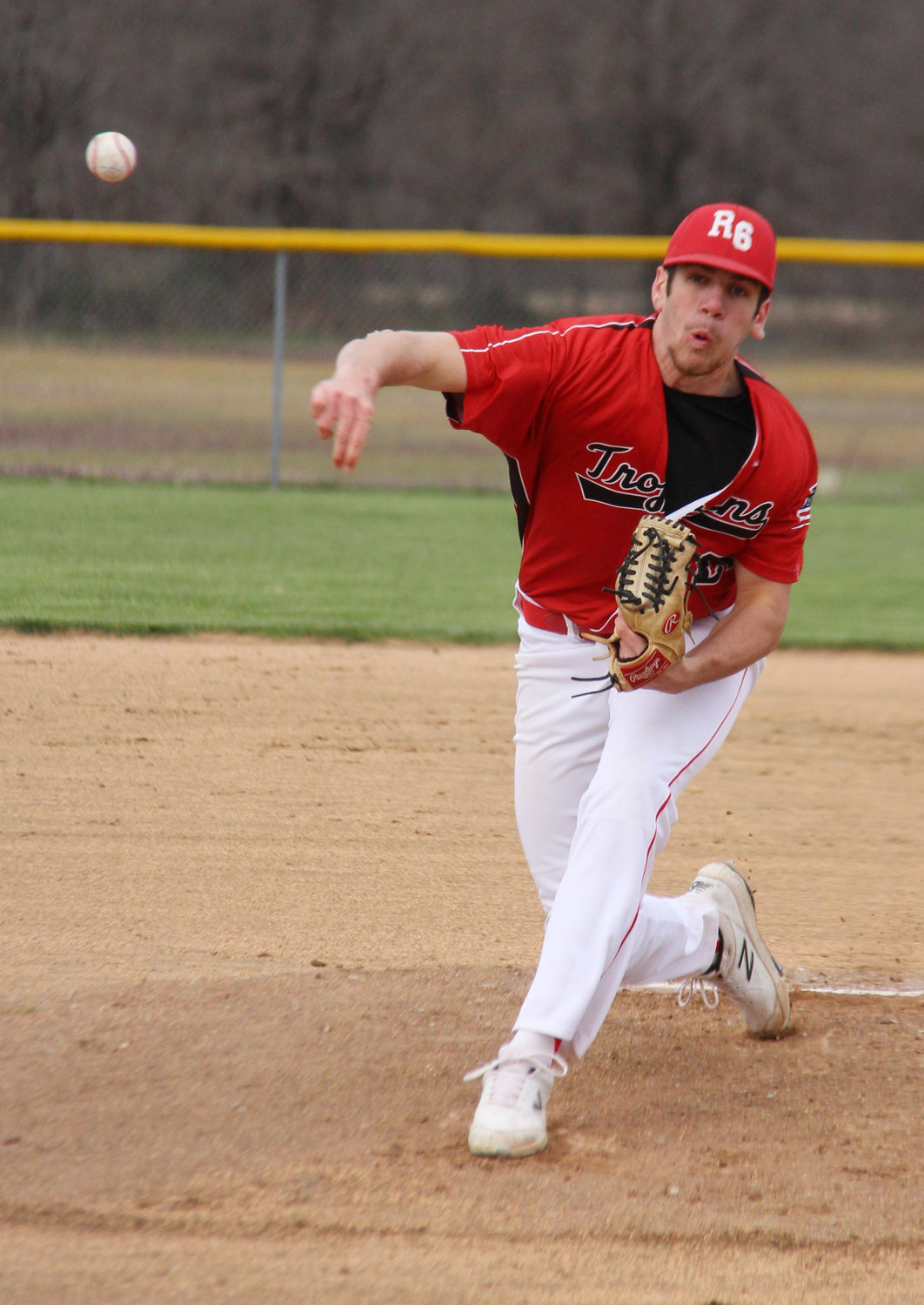 Jaylen Fendrick pitched the last inning and got the job done, allowing no runs.

Offensively, Allen went 2-for-3 and scored three runs for the Trojans Mason Carroll came up big, going 2-for-3 with three RBI. Chase Dobbins cleared the fence and hit his first career home run - a two-run shot. Case Stafford was 2-for-3 at the plate.

“Overall, Van-Far came ready to play as they always do when they compete against us,” said Trojans coach, Joel Krato. “Any time you are playing a game against a rival you have to expect the game to be a dog fight and kudos to Van-Far because they were ready to go.”

Van-Far came out strong early, scoring two runs to start off the game.

Prior to the game, Community R-6 recognized the baseball team from 2001 that made the trip to Taylor Stadium at the University of Missouri and got third place. Coach of that team, Jim Brink threw out the first pitch. Look to the Saturday Ledger for more on the ceremony.

Earlier in the week, the Trojans won 7-0 over Slater on Tuesday.
The undefeated Trojans got word last Monday night they were ranked eighth in the state - the first time the team’s been ranked for over 20 years.

“It’s a great feeling knowing that all of the kids’ hard work has been noticed and recognized,” said Krato. “It is exciting to be ranked, but it is only the beginning.”

Mason Carroll started on the mound, throwing four innings and striking out eight. Allen threw three innings in relief and struck out nine. The tandem combined to throw a no hitter.

“It’s exciting for both pitchers to accomplish that,” Krato said. “Both have worked hard in the offseason to develop better offspeed pitches, increase velocity, and throw more strikes. “

Through that game, Allen and Carroll had thrown 21 innings combined and through those 21 innings, they had struck out 48 opposing batters, allowing eight hits and walking 10.

“As long as we have one of them on the mound, we have a chance to beat anybody,” Krato said.

Offensively, Allen hit his first home run of the season to give the Trojans a 2-0 lead in the fifth inning.

Next up, the Trojans head to Sturgeon Thursday.