Turnovers proved costly, as the Thunderbirds had five fumbles - … 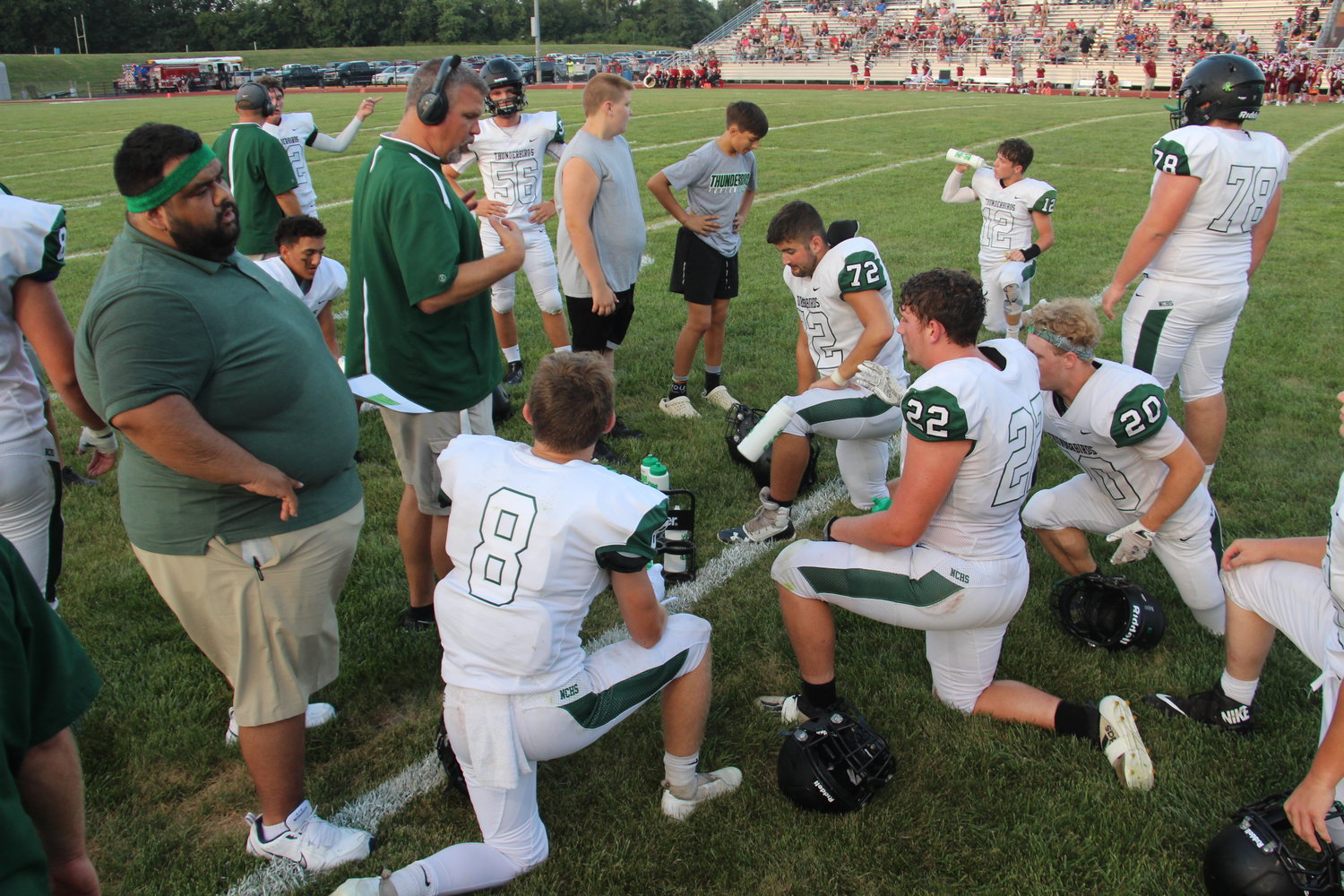 North Callaway Thunderbirds huddle up during the 2021 season. Their season closed out with a loss to California Friday night. [Nathan Lilley]
Posted Wednesday, November 3, 2021 9:28 am
By Nathan Lilley, General Manager

Turnovers proved costly, as the Thunderbirds had five fumbles - two that were recovered by California for touchdowns - and one interception.

California led 14-0 after one quarter and 28-0 at the half, but they had their share of mistakes too, with four turnovers of their own. And comparing the offenses, California netted 214 yards compared to 167 for the Thunderbirds.

The Thunderbirds were 3-for-9 passing for 44 yards; California was 8-for-22 for 124 yards, with three interceptions and two touchdowns.

Callaway finishes their season with a 4-5 mark.

“I’m very proud of the way the seniors went out,” said coach Travis Blevins, “especially Trevor, for having one of his best games of the year.”

Blevins and company now set their sights for next year.

California (7-3) moves on to play Bowling Green Friday, who are coming off a 70-0 win over Missouri Military Academy (MMA). Now boasting a 9-0 record, Bowling Green entered district play as the No. 2 seed, behind undefeated Hallsville, who earned a first-round bye. Elsewhere in district play, Centralia defeated Montgomery County 26-8. Centralia will take on Hallsville Friday.